In Memory of the Famous Scout and Spy 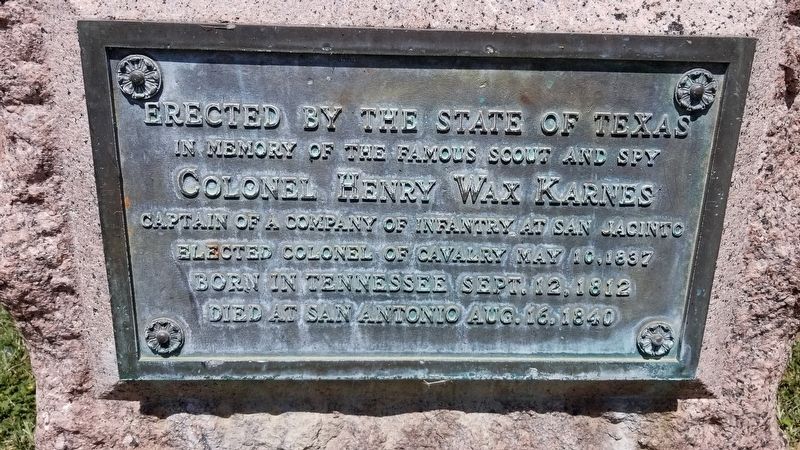 By James Hulse, August 10, 2021
1. Colonel Henry Wax Karnes Marker
Inscription.
Colonel Henry Wax Karnes. In Memory of the Famous Scout and Spy. ,
Captain of a Company of Infantry at San Jacinto Elected Colonel of Cavalry May 10, 1837 Born in Tennessee Sept. 12, 1812 Died at San Antonio Aug. 16, 1840. . This historical marker was erected by State of Texas. It is in San Antonio in Bexar County Texas

Erected by State of Texas.

Topics. This historical marker is listed in this topic list: War, Texas Independence. A significant historical date for this entry is May 10, 1837.

Other nearby markers. At least 8 other markers are within walking distance of this marker. Emma Tenayuca (within shouting distance of this marker); Market Square (about 800 feet away, measured in a direct line); O. Henry House (approx. 0.2 miles away); Casa Navarro (approx. 0.2 miles away); Casa José Antonio Navarro (approx. ¼ mile away); Spanish Governor's Palace (approx. 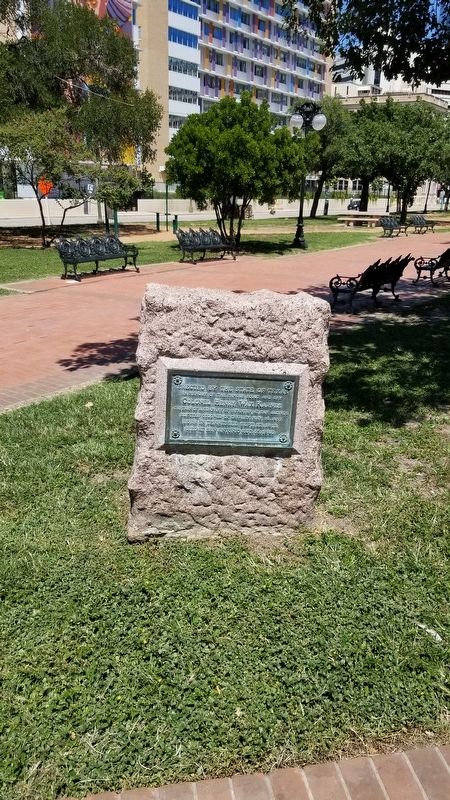 Click or scan to see
this page online
¼ mile away); Moses Austin (approx. ¼ mile away); Growth of a City (approx. 0.3 miles away). Touch for a list and map of all markers in San Antonio.

Henry Wax Karnes, soldier of the Republic of Texas, was born in Tennessee on September 8, 1812, and while he was still an infant his parents moved to Arkansas, where his father, a hunter and trapper, taught him woodsmanship. Karnes visited Texas in 1828 and returned in 1835. With the outbreak of the Texas Revolution he enlisted as a private in Capt. John York's volunteer company and distinguished himself in the battle of Concepción and the siege of Bexar. Karnes was dispatched with Erastus (Deaf) Smith and Robert E. Handy from Gonzales to ascertain the fate of the Alamo, and was the first to return to Sam Houston's army with word of its fall. Source: The Handbook of Texas 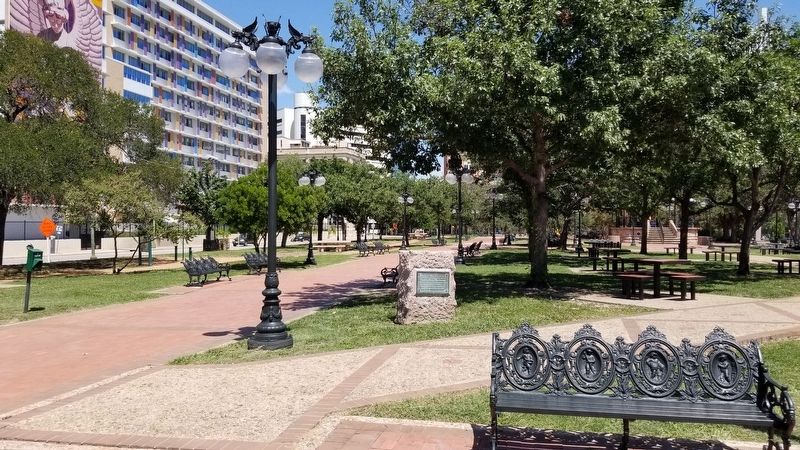 By James Hulse, August 10, 2021
3. The view of the Colonel Henry Wax Karnes Marker from the park 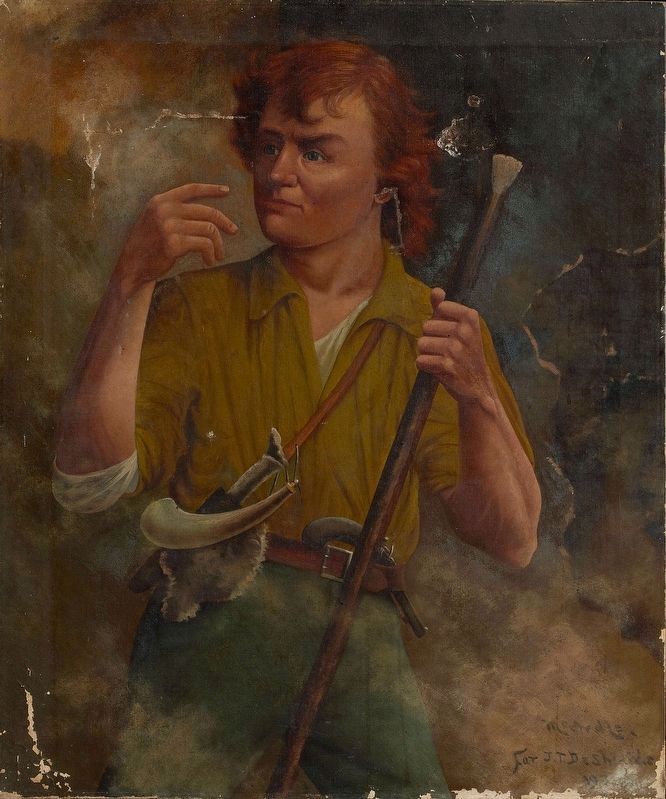