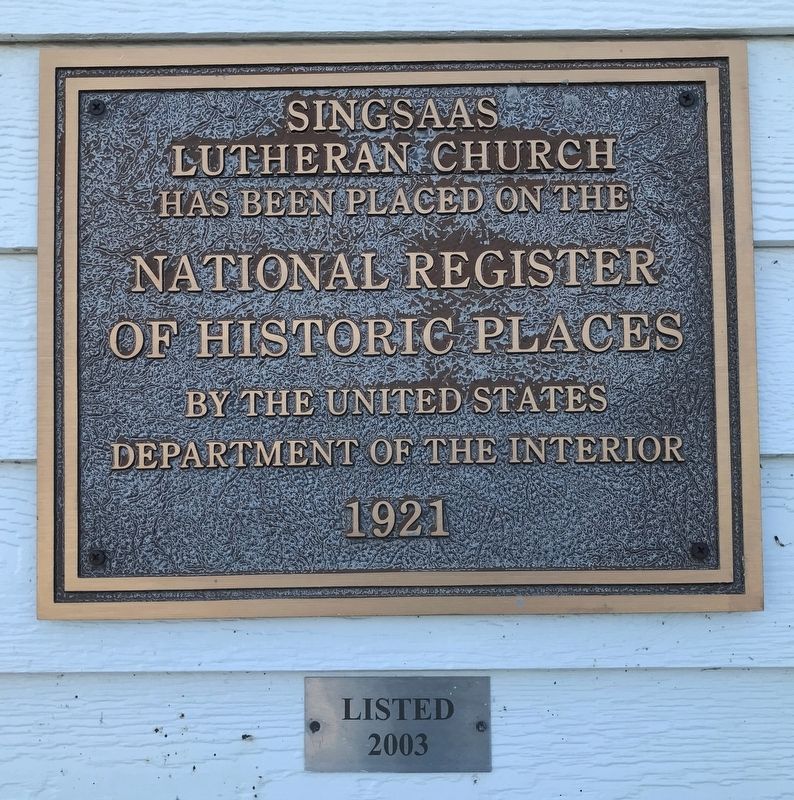 Topics. This historical marker is listed in this topic list: Churches & Religion. A significant historical year for this entry is 1921. 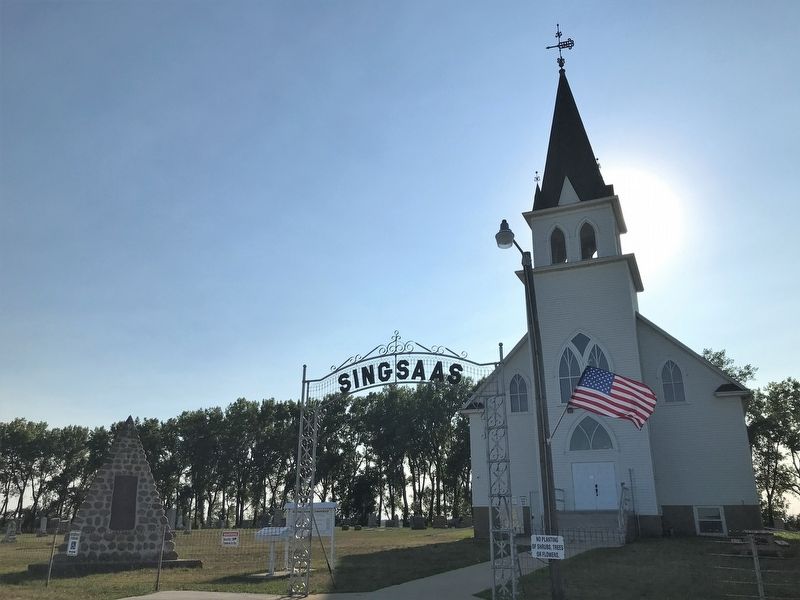 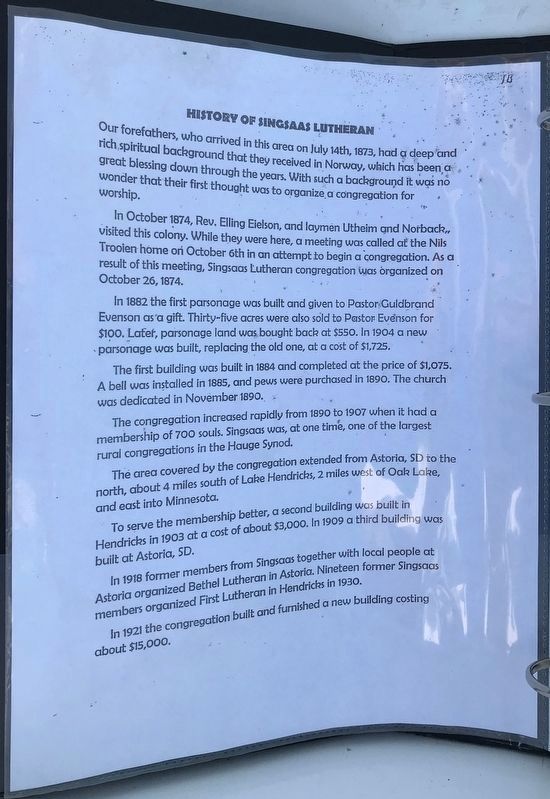 August 15, 2021
3. History of Singsaas Lutheran
"Our forefathers, who arrived in this area on July 14th, 1873, had a deep and rich spiritual background that they received in Norway, which has been a great blessing down through the years. With such a background it was no wonder that their first thought was to organize a congregation for worship.
In October 1874, Rev. Elling Eielson, and laymen Utheim and Norback,, visited this colony. While they were here, a meeting was called at the Nils Trooien home on October 6th in an attempt to begin a congregation. As a result of this meeting, Singsaas Lutheran congregation was organized on October 26, 1874.
In 1882 the first parsonage was built and given to Pastor Guldbrand Evenson as a gift. Thirty-five acres were also sold to Pastor Evenson for $100. Later, parsonage land was bought back at $550. In 1904 a new parsonage was built, replacing the old one, at a cost of $1,725.
The first building was built in 1884 and completed at the price of $1,075. A bell was installed in 1885, and pews were purchased in 1890. The church was dedicated in November 1890.
The congregation increased rapidly from 1890 to 1907 when it had a membership of 700 souls. Singsaas was, at one time, one of the largest rural congregations in the Hauge Synod.
The area covered by the congregation extended from Astoria, SD to the north, about 4 miles south of Lake Hendricks, 2 miles west of Oak Lake, and east into Minnesota.
To serve the membership better, a second building was built in Hendricks in 1903 at a cost of about $3,000. In 1909 a third building was built at Astoria, SD.
In 1918 former members from Singsaas together with local people at Astoria organized Bethel Lutheran in Astoria. Nineteen former Singsaas members organized First Lutheran in Hendricks in 1930.
In 1921 the congregation built and furnished a new building costing about $15,000."
Credits. This page was last revised on August 21, 2021. It was originally submitted on August 20, 2021. This page has been viewed 32 times since then. Photos:   1, 2, 3. submitted on August 20, 2021. • Mark Hilton was the editor who published this page.
Share this page.