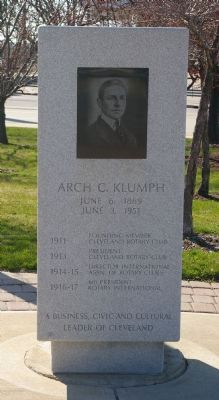 A business, civic, and cultural leader of Cleveland

[left side]
This monument erected October 21, 1992 by the Rotarians of District 6630 is dedicated to the vision of Arch C. Klumph, father of the Rotary Foundatin and to 75 years of dedication to world understandin and peace through international charitable and educational programs of the Rotary Foundation. 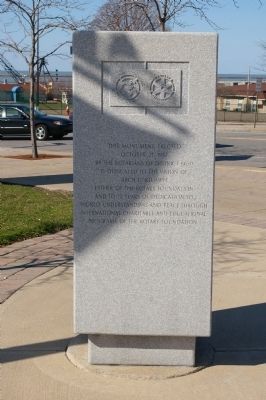 Topics. This historical marker is listed in these topic lists: Charity & Public Work • Fraternal or Sororal Organizations • Science & Medicine. A significant historical month for this entry is June 1990.

Also see . . .  Klumph, in the Encyclopedia of Cleveland History. (Submitted on April 18, 2009, by Christopher Busta-Peck of Shaker Heights, Ohio.) 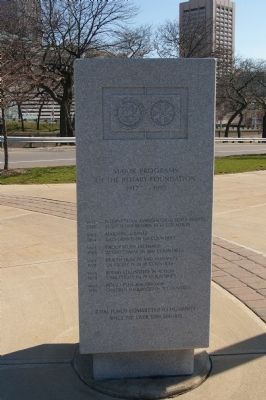 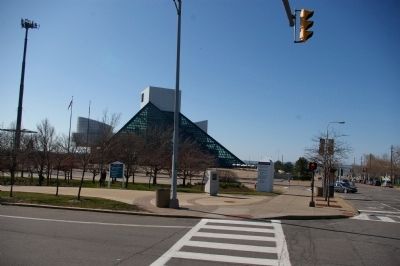