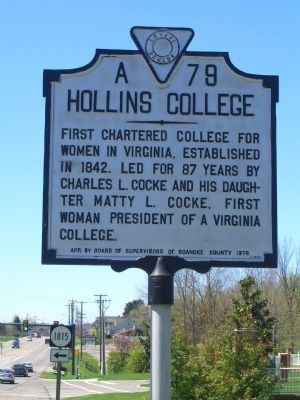 Photographed By Kevin W., April 12, 2009
1. Hollins College Marker
Inscription.
Hollins College. . First chartered college for women in Virginia. Established in 1842. Led for 87 years by Charles L. Cocke and his daughter Matty L. Cocke, first women president of a Virginia College. . This historical marker was erected in 1978 by Board of Supervisors of Roanoke County. It is in Hollins in Roanoke County Virginia

First chartered college for women in Virginia. Established in 1842. Led for 87 years by Charles L. Cocke and his daughter Matty L. Cocke, first women president of a Virginia College.

Erected 1978 by Board of Supervisors of Roanoke County. (Marker Number A-79.)

Topics and series. This historical marker is listed in these topic lists: Education • Women. In addition, it is included in the Virginia Department of Historic Resources series list. A significant historical year for this entry is 1842.

Other nearby markers. At least 8 other markers are within 6 miles of this marker, measured as the crow flies. Roanoke County / Botetourt County (approx. 0.6 miles away); Old Carolina Road (approx. 2.2 miles away); Cloverdale Furnace (approx. 2.3 miles away); Dr. William Fleming (approx. 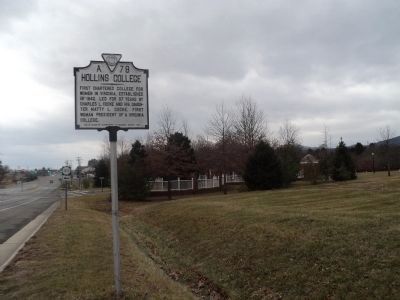 More about this marker. While this marker looks like an official Virginia historical highway marker, the Virginia Department of Historic Resources confirms it was locally approved and produced by the Board of Supervisors of Roanoke County in 1978. The significant difference of this marker from the standard state marker is that the Great Seal of Virginia has been replaced with the motto of Hollins University, Levavi Oculos, Latin for "Lift Up Your Eyes."

Regarding Hollins College. Hollins University was initially established in 1842 as Valley Union Seminary, a coeducational college. It became a woman's college in 1852. In 1855 it was renamed Hollins Institute in recognition of benefactors John and Ann Halsey Hollins who donated generously to the school. Hollins Institute became a College in 1911 and a University in 1998. 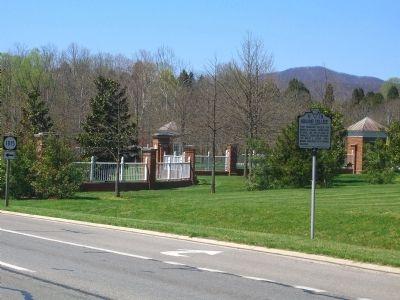 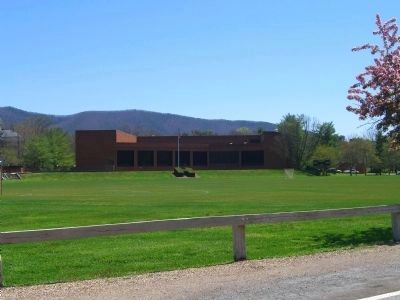 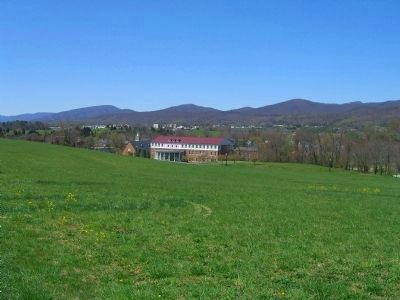 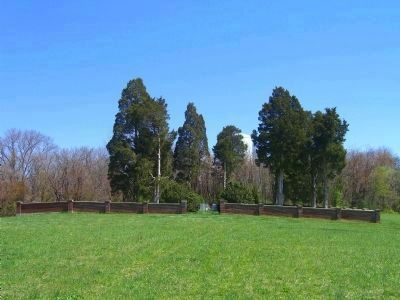 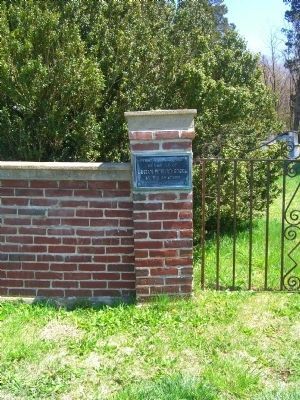 Photographed By Kevin W., April 12, 2009
7. Plaque at Cocke family cemetery entrance
This wall erected in memory of Lucian Howard Cocke by his children, 1928 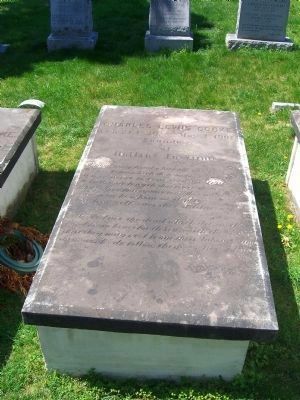 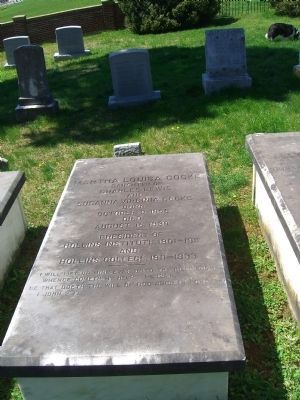 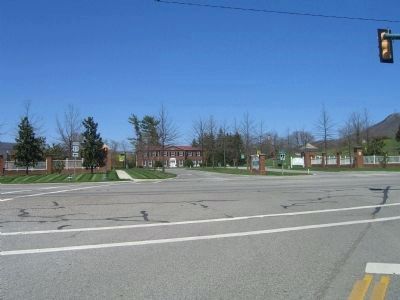 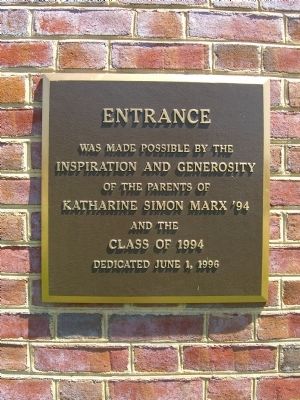 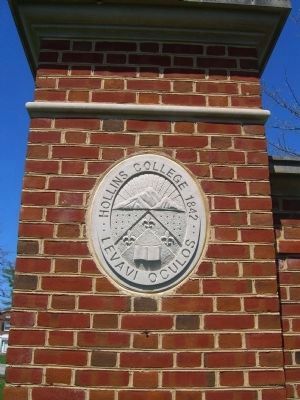