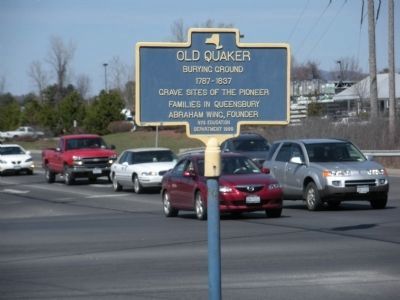 Topics and series. This historical marker is listed in these topic lists: Cemeteries & Burial Sites • Settlements & Settlers. In addition, it is included in the Quakerism series list. 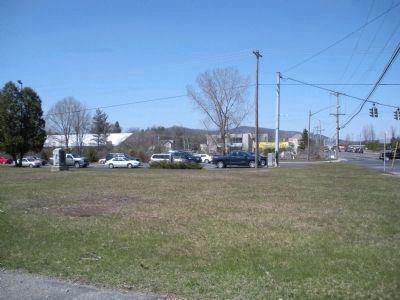 Photographed By John Farrell, April 16, 2009
2. Old Quaker Burying Ground Marker
Looking north. The marker can be seen to the right in the photo. To the left in the photo is the Wing Memorial.