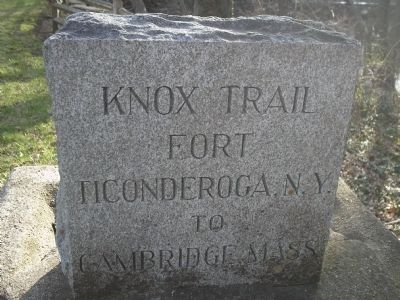 Photographed By Bill Coughlin, April 14, 2009
1. Knox Trail Marker
The Henry Knox Cannon Trail follows the route that Henry Knox used to transport 59 cannons from Fort Ticonderoga and Crown Point to Cambridge, Mass in the winter of 1775-76.
Inscription.
Knox Trail. .
Fort Ticonderoga, N.Y. to Cambridge, Mass.. . This historical marker was erected in 1927 by Commonwealth of Massachusetts. It is in Wayland in Middlesex County Massachusetts 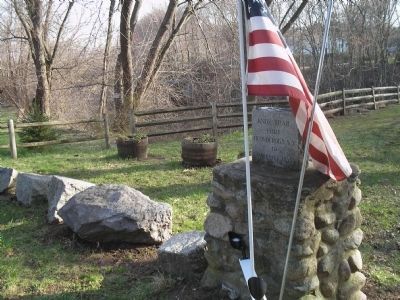 Click or scan to see
this page online
(approx. 2.6 miles away); Pike Haven Homestead (approx. 3.2 miles away). Touch for a list and map of all markers in Wayland.

Related markers. Click here for a list of markers that are related to this marker. These markers follow the route used by Knox to transfer cannons from Fort Ticonderoga to Cambridge, Mass. 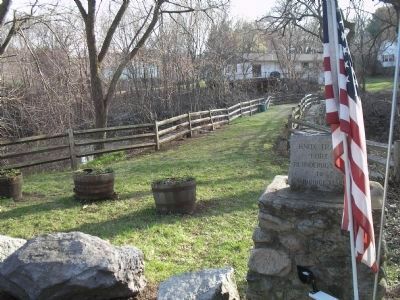 Photographed By Bill Coughlin, April 14, 2009
3. Marker at the Sudbury River
This marker is different from the other Knox Trail markers in Massachusetts, although it is made from the same type of stone. 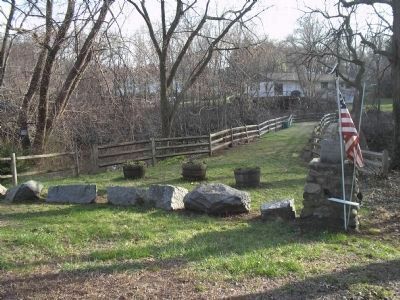 Photographed By Bill Coughlin, April 14, 2009
4. Marker at the Old Stone Bridge
This site preserves the old stone bridge that was the original point where Knox and the train of artillery crossed the Sudbury River in the winter of 1775-76. 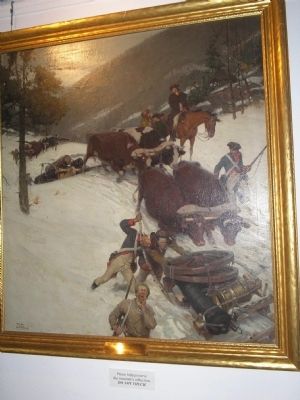