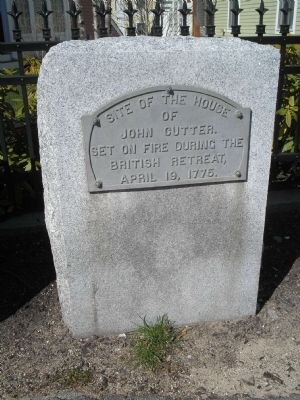 Site of the house
of
John Cutter.
Set on fire during the
British retreat,
April 19, 1775. 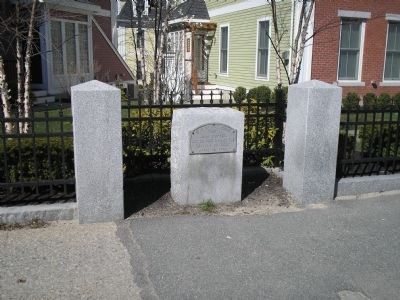