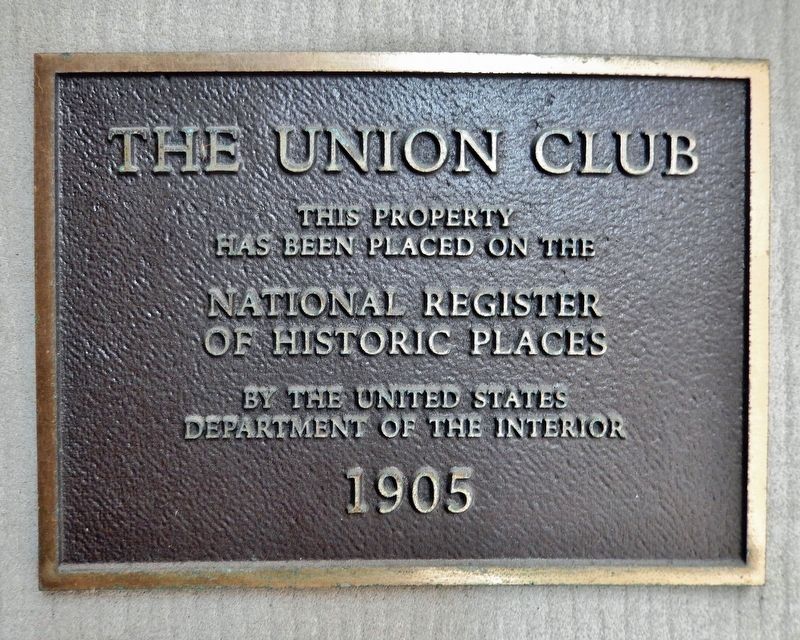 Photographed By Cosmos Mariner, June 18, 2021
1. The Union Club Marker
Inscription.
The Union Club. National Register of Historic Places.
This property has been placed on the National Register of Historic Places by the United States Department of the Interior 1905. . This historical marker is in Cleveland in Cuyahoga County Ohio

Topics. This historical marker is listed in these topic lists: Architecture • Fraternal or Sororal Organizations. A significant historical year for this entry is 1905.

Other nearby markers. At least 8 other markers are within walking distance of this marker. Detective Martin J. McFadden (about 500 feet away, measured in a direct line); Cleveland Theater District (about 600 feet away); 'Abdu'l-Bahá and the Bahá'í Faith (about 700 feet away); Cleveland Grays (approx. 0.2 miles away); Inaugural Game (approx. ¼ mile away); Robert William Andrew Feller (approx. 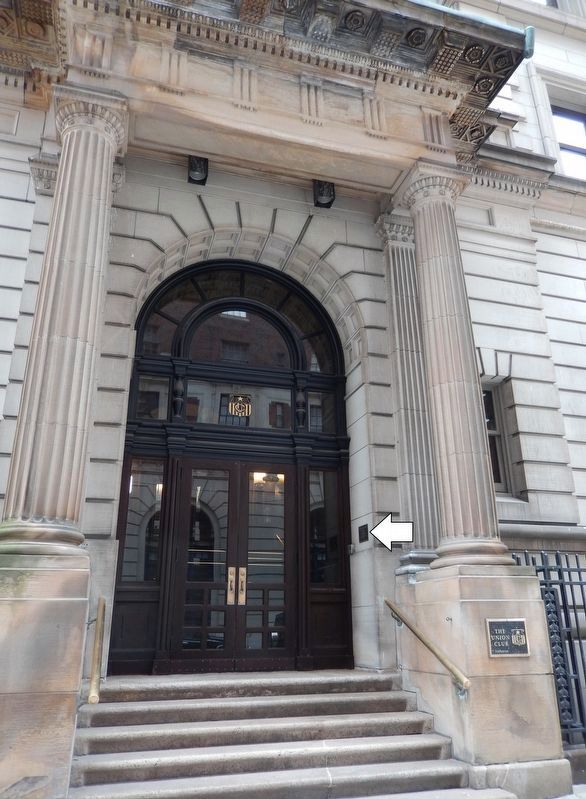 Photographed By Cosmos Mariner, June 18, 2021
2. The Union Club Marker
The marker is visible just to right of entrance.

Regarding The Union Club. National Register of Historic Places #74001456.

Also see . . .
1. The Union Club of Cleveland. One of the oldest social organizations in Cleveland, it was incorporated on 25 Sept. 1872. A group of 81 men who had originally belonged to the Cleveland Club formed the new group for the purpose of having a place "for reading, for discussing the topics of the day, for entertaining and for promoting physical training and education." In 1882, ladies were given their own dining room and lounge within the club, but were not permitted to become members. A clubhouse, designed by Cleveland architect Chas. F. Schweinfurth, was dedicated on 6 Dec. 1905 and remains the club's home. (Submitted on September 20, 2021, by Cosmos Mariner of Cape Canaveral, Florida.) 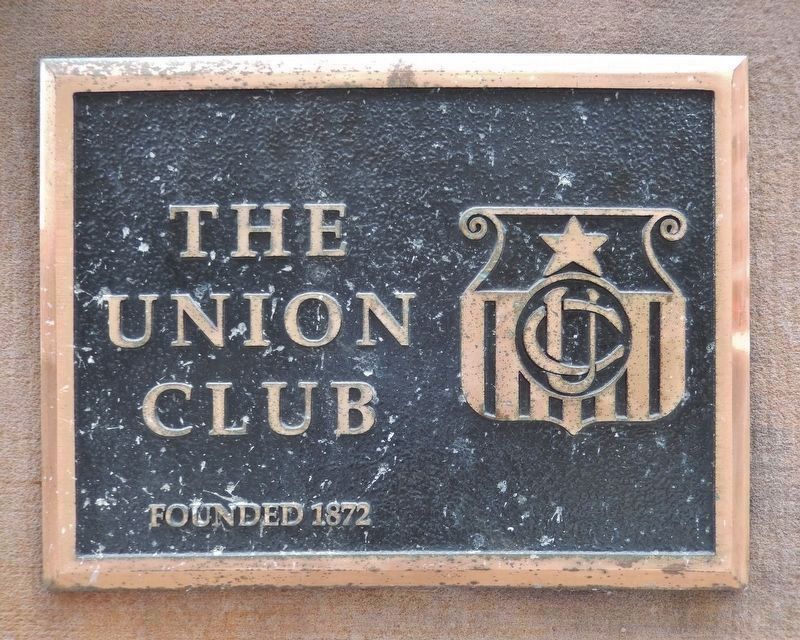 Photographed By Cosmos Mariner, June 18, 2021
3. Union Club Plaque
The Union Club, Founded 1872
(mounted to the right of entrance staircase)
Karen Horn, was admitted as a member will full privileges, allowing women entrance through the front door, use of the marble staircase, and access to the entire club. Mary Lynn Laughlin was named the first woman President of the Union Club in May 2007. On May 28, 2015, Randy McShepard was named the first African American President of the Union Club. (Submitted on September 20, 2021, by Cosmos Mariner of Cape Canaveral, Florida.) 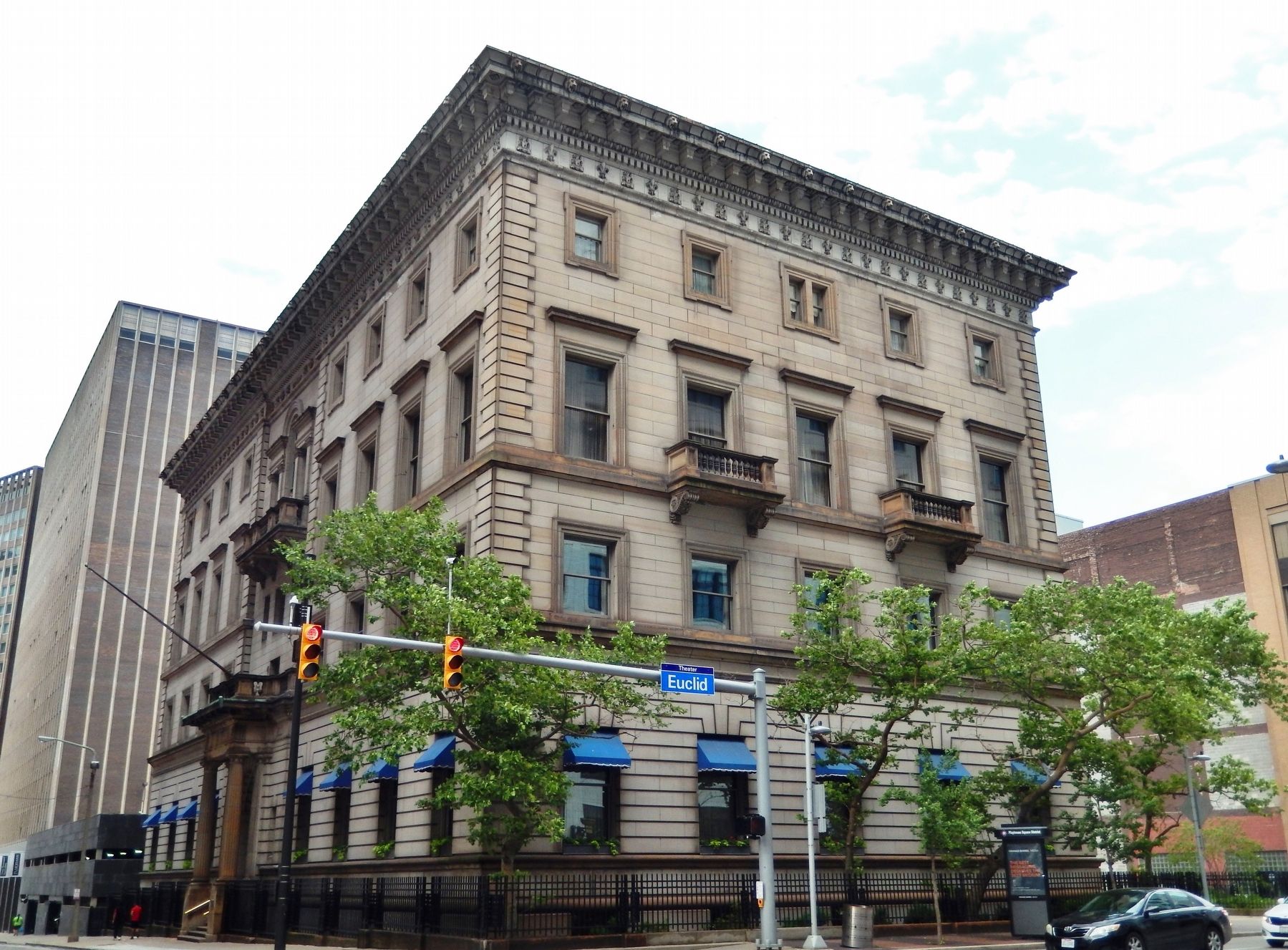