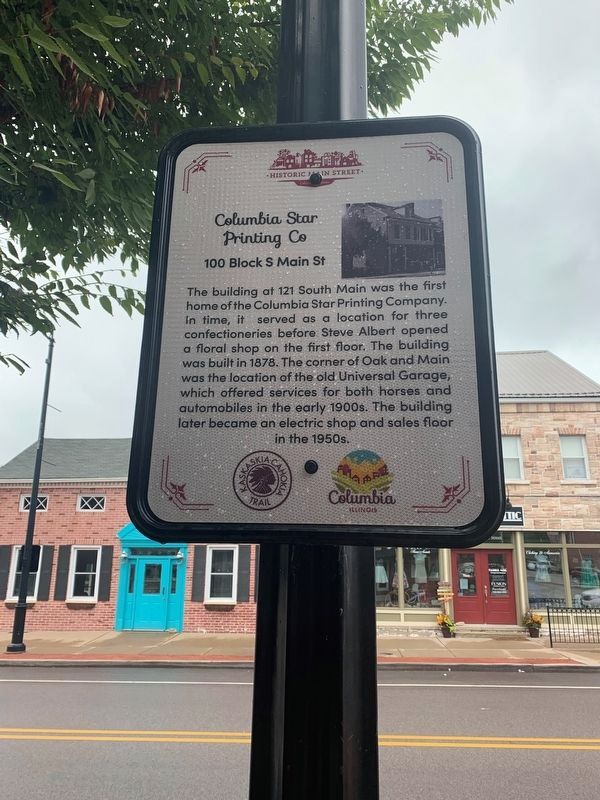 The building at 121 South Main was the first home of the Columbia Star Printing Company in time, it served as a location for three confectioneries before Steve Albert opened a floral shop on the first floor. The building was built in1878. The corner of Oak and Main was the location of the old Universal Garage, which offered services for both horses and automobiles in the early 1900s. The building later became an electric shop and sales floor in the 1950s.

Topics. This historical marker is listed in these topic lists: Horticulture & Forestry • Industry & Commerce • Settlements & Settlers. A significant historical year for this entry is 1878. 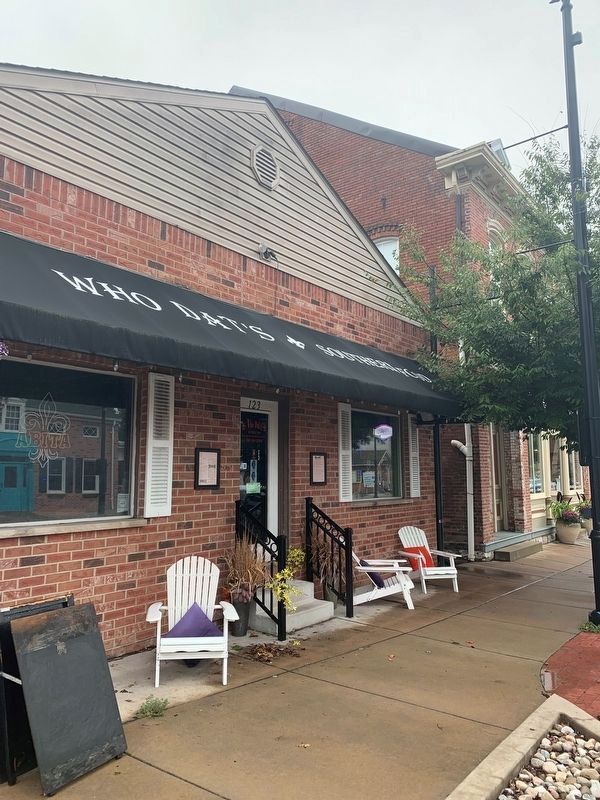