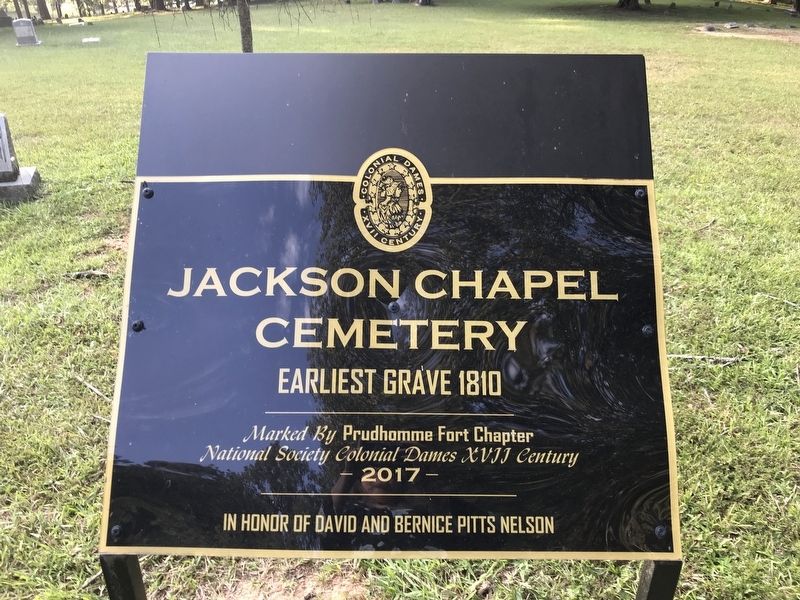 In honor of David and Bernice Pitts Nelson

Topics and series. This historical marker is listed in this topic list: Cemeteries & Burial Sites. In addition, it is included in the The Colonial Dames XVII Century, National Society series list. A significant historical year for this entry is 1810. 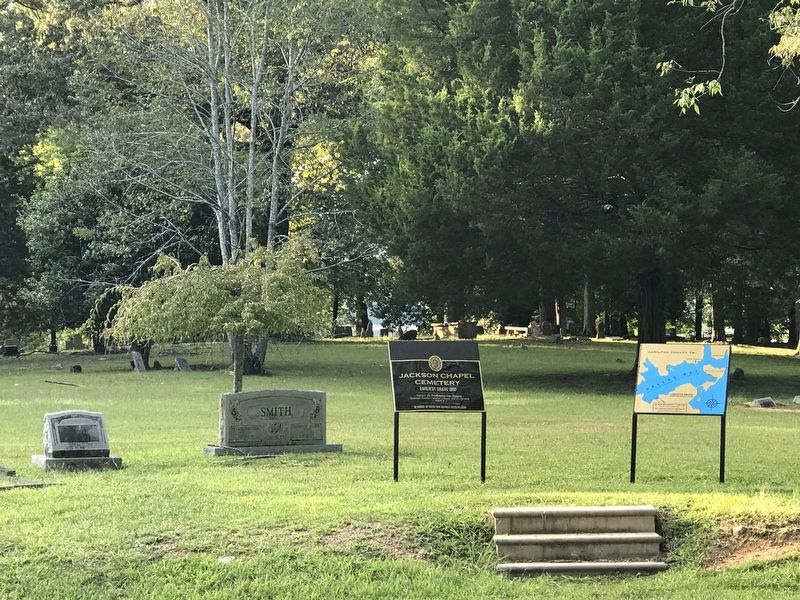 Photographed By Duane and Tracy Marsteller, September 25, 2021
2. Jackson Chapel Cemetery Marker
The panel on the right is a locator map.

Regarding Jackson Chapel Cemetery. According to The History of Hamilton County and Chattanooga, Tennessee, a 1993 book by Zella Armstrong:


… The oldest cemetery in Hamilton County is at Jackson's Chapel and is called Jackson's Chapel Cemetery. It is near the site of Dallas. The property was given to the Methodist Church by Asahel Rawlings and it was formerly the burying ground on his farm.

The Dallas Road runs between the cemetery and Jackson's Chapel. The oldest grave in the cemetery is that of Mrs. Asahel Rawlings. The slab is inscribed "In Memory of Phoebe Rawlings, wife of Asahel Rawlings, born June 25, 1786, died August 17, 1810." Asahel Rawlings' tomb, which is beside his wife's, is unmarked, but old settlers know that it is his grave. He died more than thirty years after Phoebe Thurman Rawlings. Hundreds of old graves are marked with simple stones without inscription.

According to old residents, the cemetery contains the graves of many early families, Jacksons, Rawlings, Rogers, Bradfields and others. …