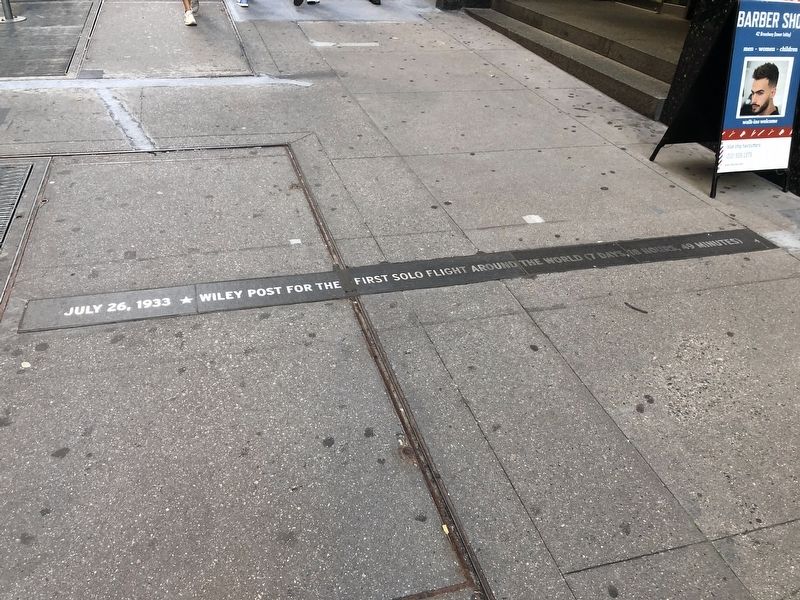 Wiley Post for the first solo flight around the world (7 days, 18 hours, 49 minutes)

Topics and series. This historical marker is listed in this topic list: Air & Space. In addition, it is included in the New York, Broadway - The Canyon of Heroes series list.