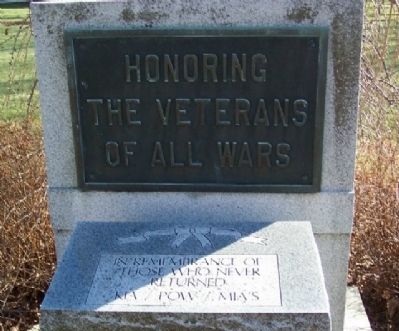 Honoring the veterans of all wars. In remembrance of those who never returned KIA / POW / MIA's

Location. 40° 14.567′ N, 82° 51.572′ W. Marker is in Sunbury, Ohio, in Delaware County. Marker is at the intersection of Cherry Street (Ohio Route 37) and Columbus Street, on the right when traveling east on Cherry Street. Memorial is near the northwest corner of the Town Hall grounds. Touch for map. Marker is in this post office area: Sunbury OH 43074, United States of America. Touch for directions. 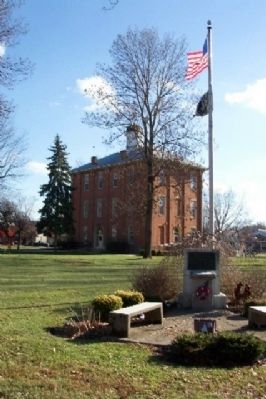