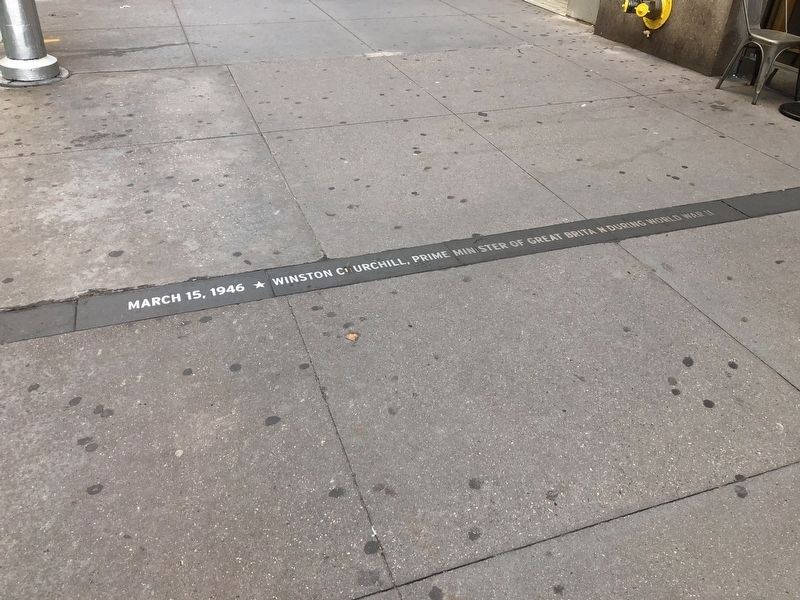 Topics and series. This memorial is listed in these topic lists: Government & Politics • War, World II. In addition, it is included in the New York, Broadway - The Canyon of Heroes series list. A significant historical date for this entry is March 15, 1946.

Click or scan to see
this page online
commemorating a NYC ticker-tape parade.