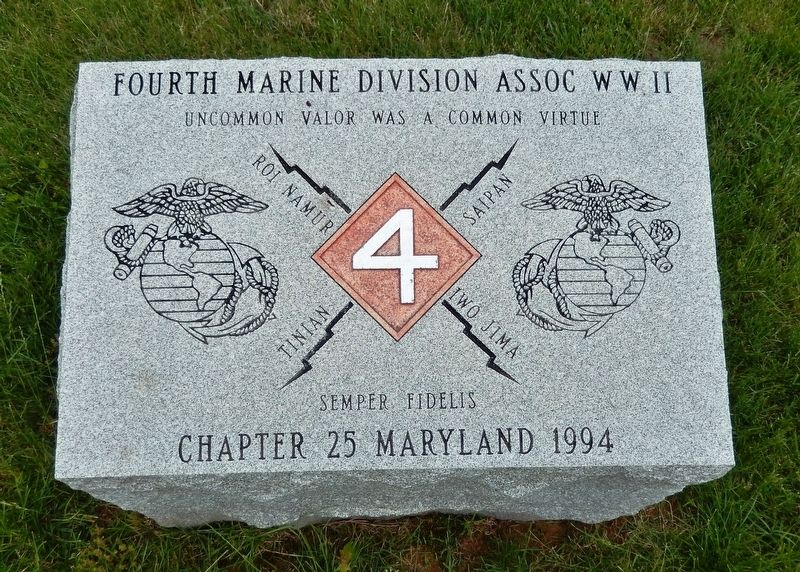 Uncommon Valor was a Common Virtue

Topics and series. This memorial is listed in this topic list: War, World II. In addition, it is included in the National Cemeteries series list.

Location. 39° 16.559′ N, 76° 42.397′ W. Marker is in Catonsville, Maryland, in Baltimore County. Memorial is at the intersection of Rostrom Drive West and Outer Drive, on the left when traveling west on Rostrom Drive West. Touch for map. Marker is at or near this postal address: 5501 Frederick Ave, Catonsville MD 21228, United States of America. Touch for directions. 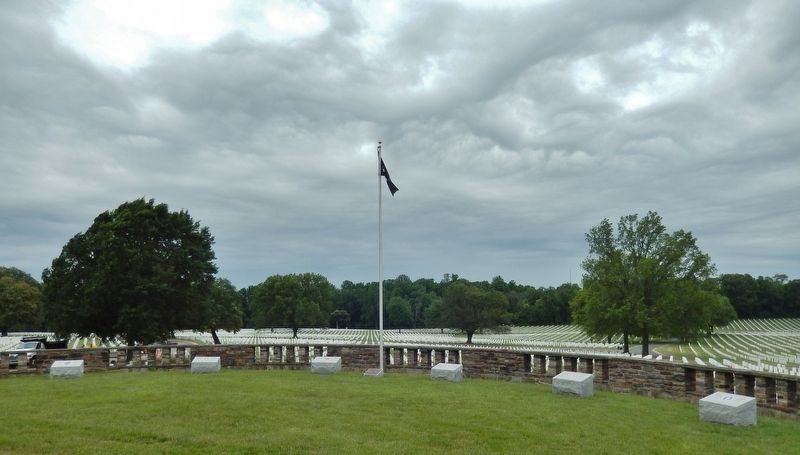 Photographed By Cosmos Mariner, June 9, 2019
2. World War II Marine Divisions Memorials
The six individual Marine Division memorials are positioned in sequence, in a large semi-circle, with three on each side of the flag pole.

Click or scan to see
this page online
(a few steps from this marker); First Marine Division Association Memorial (a few steps from this marker); Address by President Lincoln (about 300 feet away, measured in a direct line); Veterans Memorial (about 600 feet away). Touch for a list and map of all markers in Catonsville.
Credits. This page was last revised on October 11, 2021. It was originally submitted on October 11, 2021, by Cosmos Mariner of Cape Canaveral, Florida. This page has been viewed 50 times since then and 12 times this year. Photos:   1, 2. submitted on June 13, 2019, by Cosmos Mariner of Cape Canaveral, Florida. • Devry Becker Jones was the editor who published this page.
Share this page.