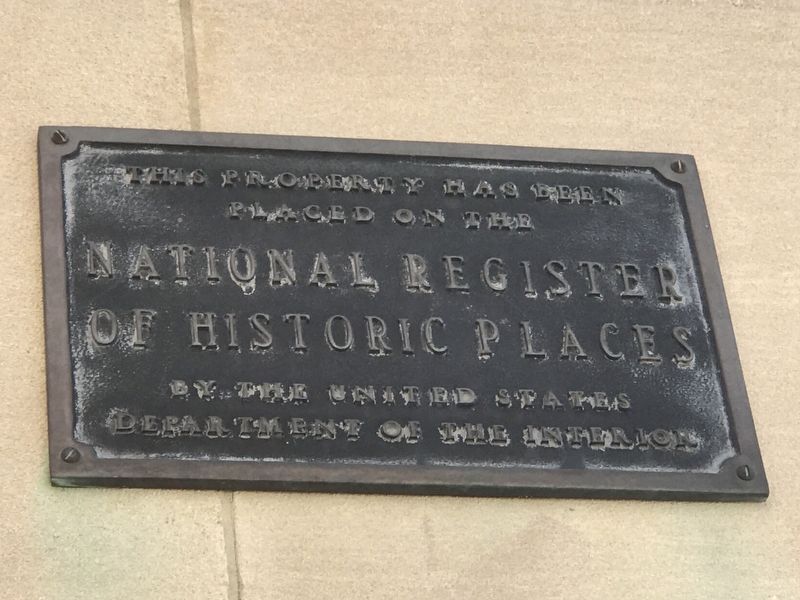 By Duane and Tracy Marsteller, October 16, 2021
1. Old Library Building Marker
Inscription.
Old Library Building. .
This property has been placed on the National Register of Historic Places by the United States Department of the Interior. . This historical marker is in Chattanooga in Hamilton County Tennessee

Topics and series. This historical marker is listed in these topic lists: Architecture • Arts, Letters, Music. In addition, it is included in the Carnegie Libraries 📚 series list. A significant historical date for this entry is July 17, 1905. 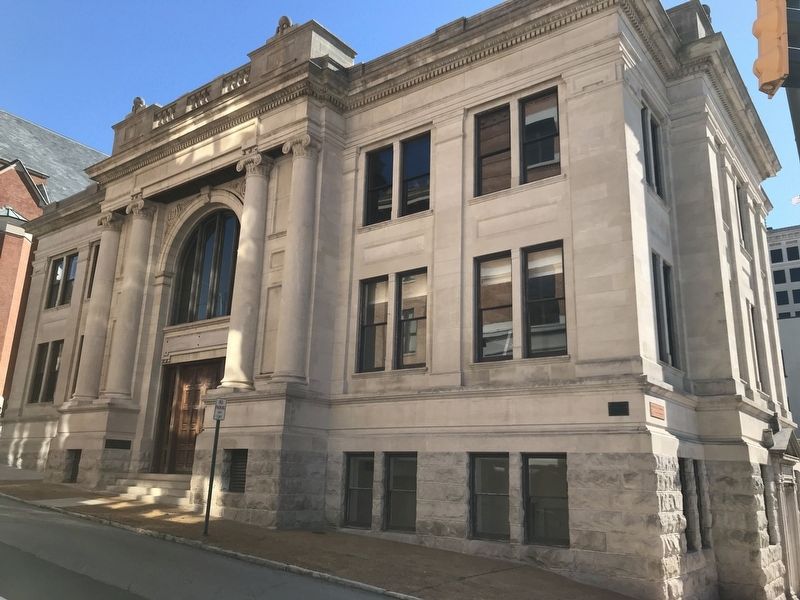 Regarding Old Library Building. Excerpt from the National Register nomination:


… As was true throughout the country at the turn of the century, Carnegie money initiated the building of a public library in Chattanooga. The first library in the city was established in 1867. There was no building designed specifically for library use until Carnegie offered $50,000 if the city provided a suitable lot and promised an annual appropriation of ten percent of the amount of the gift.

The city met the requirements and in 1903 construction began. Atlanta architect W. T. Bowling was employed to design the library but was soon discharged and replaced by Chattanooga architects, Hunt and Rear4on. On April 15, 190M-, the cornerstone was laid, and the formal opening took place on July 17, 1905. The library cost a total of $65,000, including $15,000 for the lot purchased from the Catholic Church, $33,000 for the building itself, and $17,000 for furnishings.