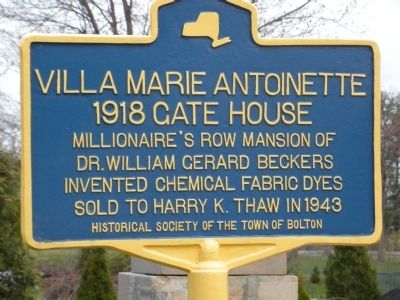 Erected by Historical Society of the Town of Bolton Landing.

Topics. This historical marker is listed in these topic lists: Industry & Commerce • Settlements & Settlers. A significant historical year for this entry is 1943. 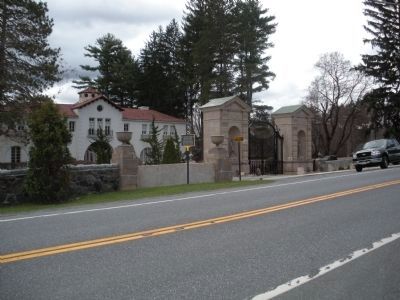 Photographed By John Farrell, April 23, 2009
2. Marker from the north looking across Route 9N. 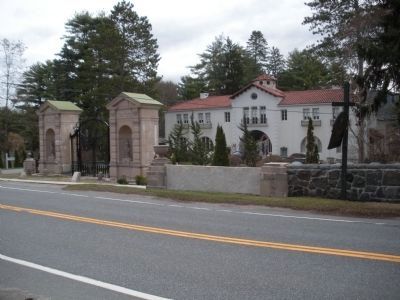 Photographed By John Farrell, April 23, 2009
3. View from the south of gate and gate house. 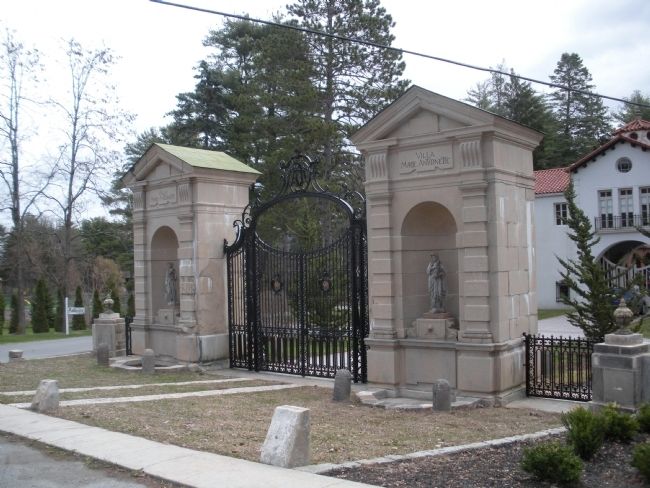