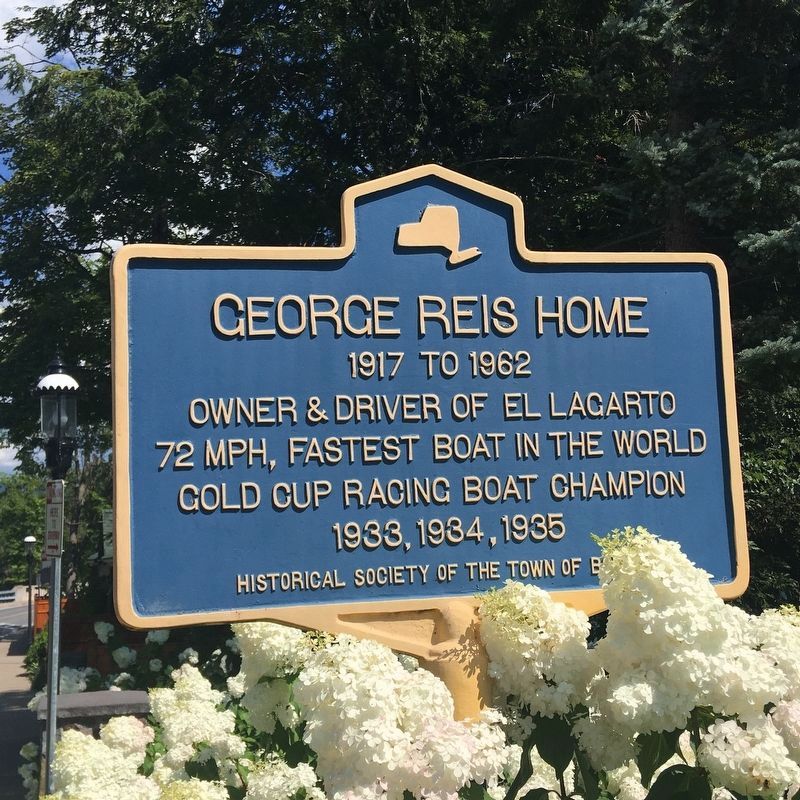 Erected by Historical Society of the Town of Bolton.

Topics. This historical marker is listed in these topic lists: Sports • Waterways & Vessels. A significant historical year for this entry is 1933.

More about this marker. The marker is on private property. 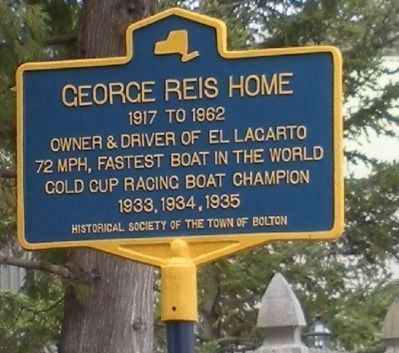 Click or scan to see
this page online
The speedboat, El Lagarto, is currently on display at the Adirondack Museum in Blue Mountain Lake, New York. 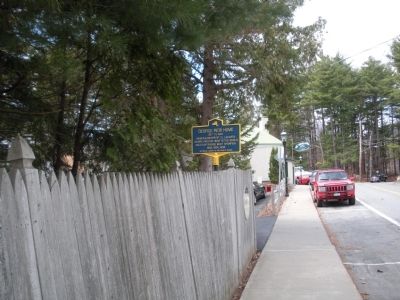 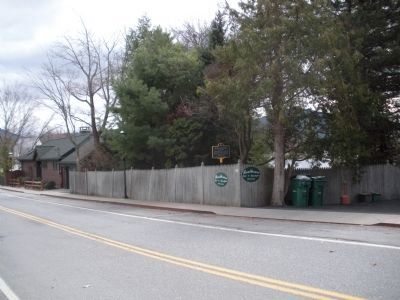 Photographed By John Farrell, April 23, 2009
4. George Reis Home Marker
View of the marker from the west. 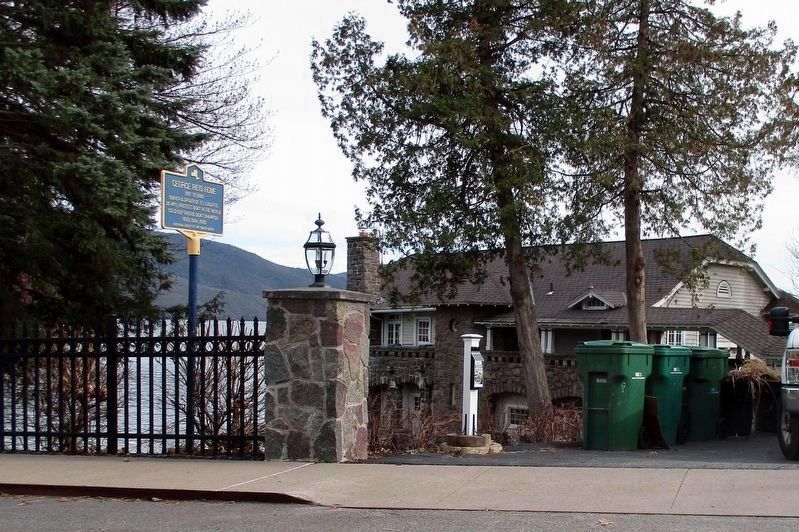 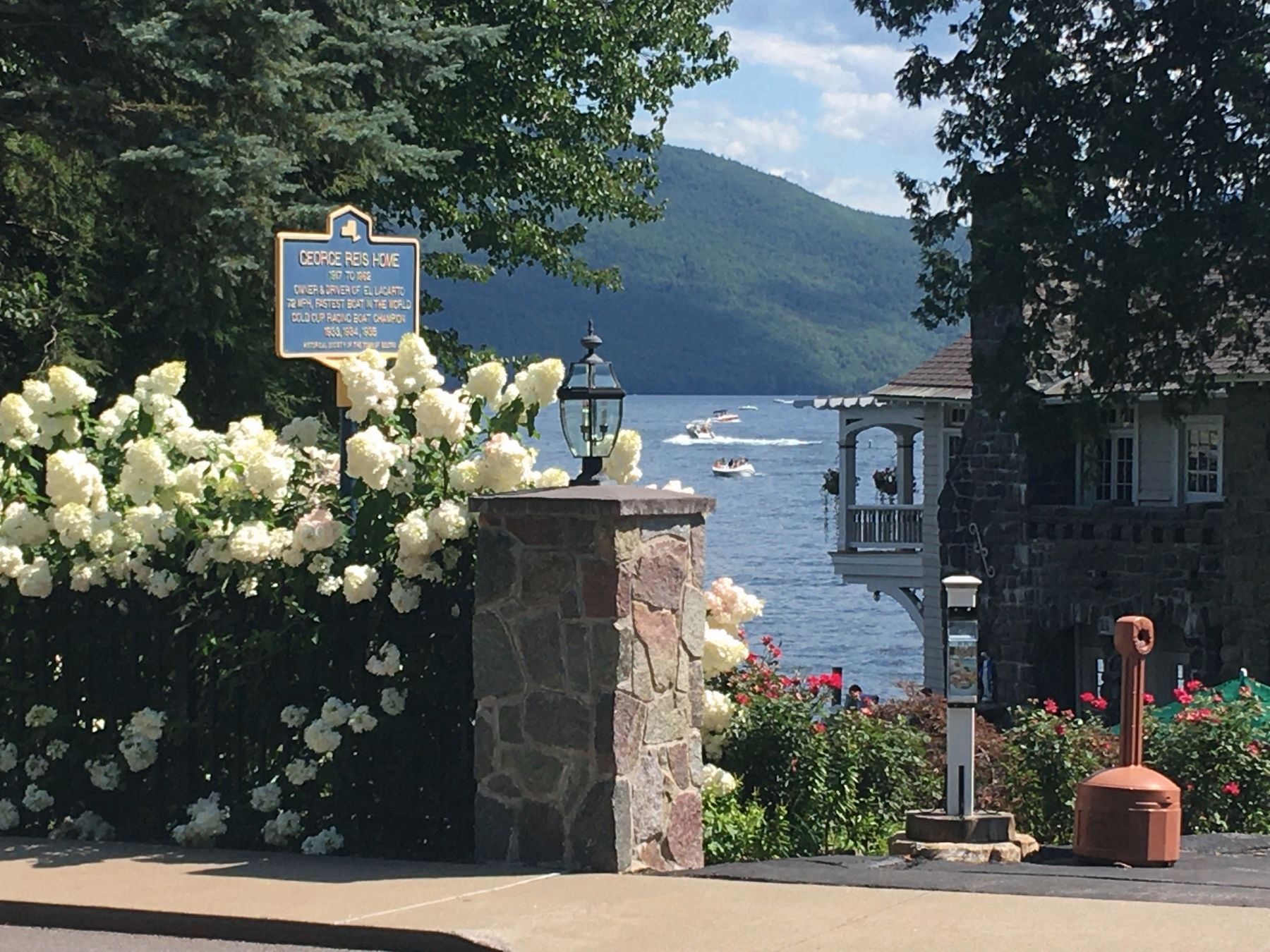