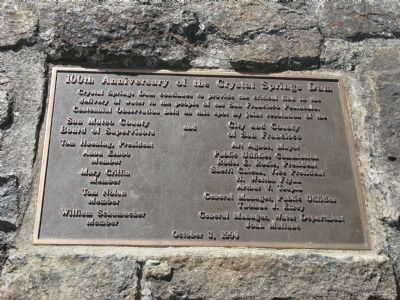 Crystal Springs Dam continues to provide the critical link in the delivery of water to the people of the San Francisco Peninsula. Centennial Observation held on this spot by joint resolution of the

Topics and series. This historical marker is listed in these topic lists: Charity & Public Work • Waterways & Vessels. In addition, it is included in the Historic Civil Engineering Landmarks series list. A significant historical month for this entry is October 1935. 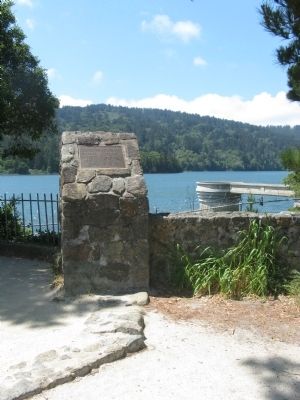 Click or scan to see
this page online
, in San Mateo County. Marker is on Skyline Boulevard west of Crystal Springs Road when traveling south. Marker is located at the turn out just north of the Crystal Springs Dam. Touch for map. Marker is in this post office area: Burlingame CA 94010, United States of America. Touch for directions.

Regarding 100th Anniversary of the Crystal Springs Dam. The final step in controlling the flow of water that drained the valley formed by the San Andreas Fault came in 1887 when the Spring Valley Water Company of San Francisco began building a dam at the gap in the hills where the San Mateo Creek flowed toward the city of San Mateo. In 1889, the projected height of the dam reached 120 feet and although it was thought it would take a decade to fill a new lake, it took less than a year. An especially wet year filled it up fast, and the water flowed over the top. Another 25 feet of cement was added to the dam to control this in the future. Crystal Springs Reservoir is part of the San Francisco Water Department Hetch-Hetchy Project, supplying water to the City of San Francisco and communities on the San Francisco Peninsula. 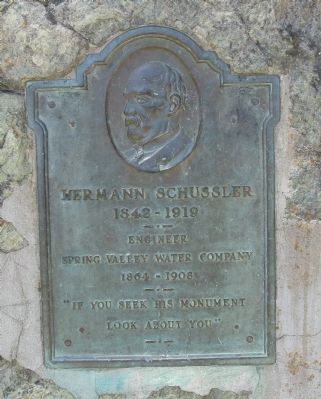 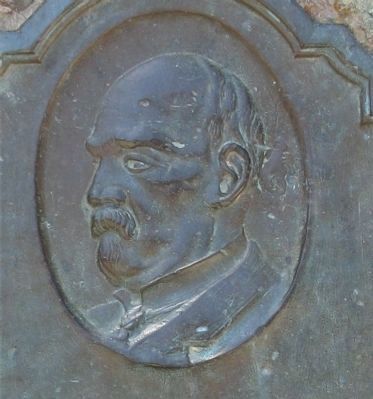 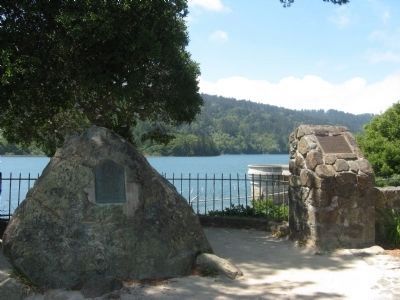 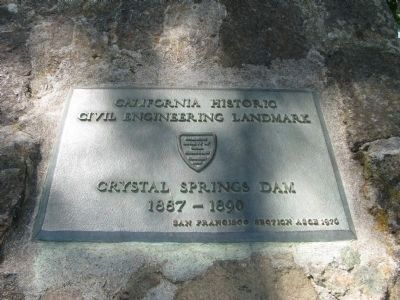 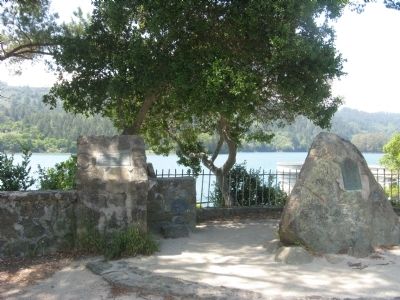 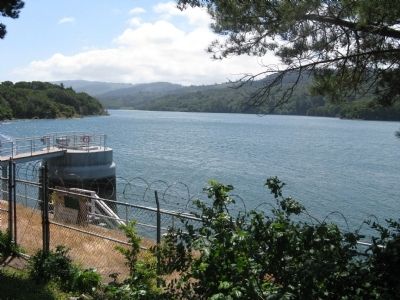 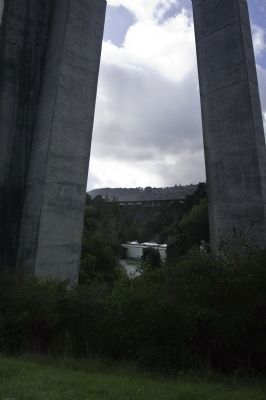 By Evan Reader, January 31, 2010
9. Schussler's Dam
View from beneath Highway 280 overpass looking west towards the dam. 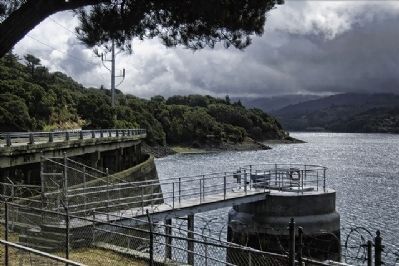 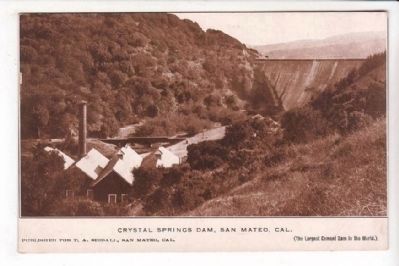 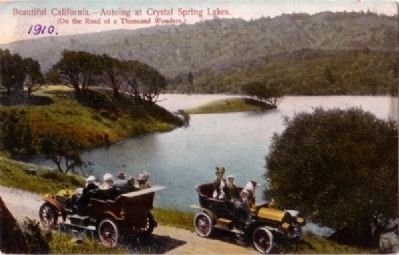 circa 1910
12. Beautiful California - Autoing at Crystal Springs Lakes
On the Road of a Thousand Wonders 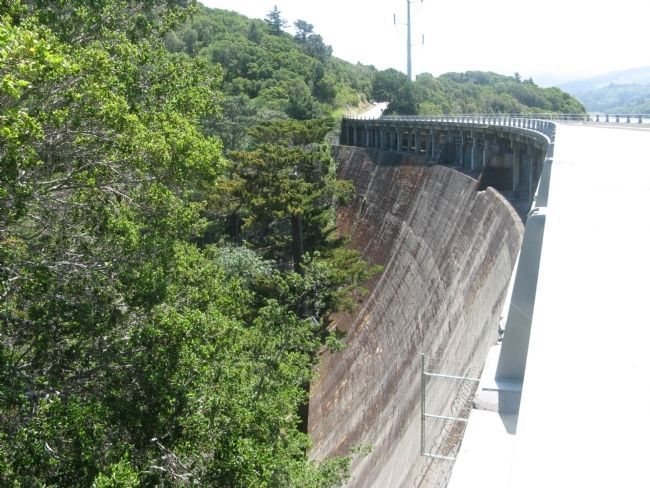