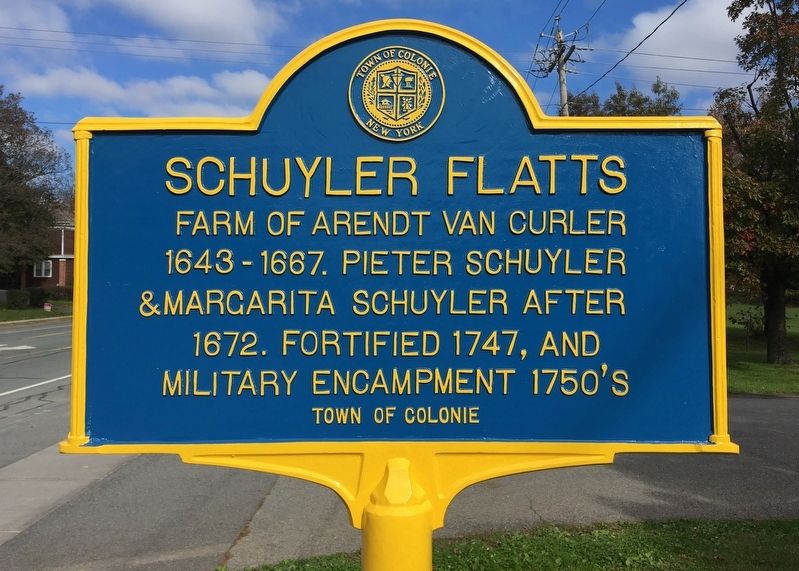 
Erected by Town of Colonie.

Topics. This historical marker is listed in these topic lists: Colonial Era • Settlements & Settlers. A significant historical year for this entry is 1643.

Location. 42° 42.357′ N, 73° 42.776′ W. Marker is in Colonie, New York, in Albany County. Marker is at the intersection of Broadway (New York State Route 32) and Earl Dr. (Private), on the right when traveling north on Broadway. Marker is at an entrance to the Schuyler Flatts Cultural Park, which is opposite Earl Drive. Touch for map. Marker is at or near this postal address: 595 Broadway, Watervliet, New York, 12189, Albany NY 12205, United States of America. Touch for directions.

Other nearby markers. At least 8 other markers are within 2 miles of this marker, measured as the crow flies. The Erie Canal (about 400 feet away, measured in a direct line); General John J. Pershing (approx. 0.4 miles away); Saint Agnes Cemetery (approx. 0.6 miles away); Burden Iron Works 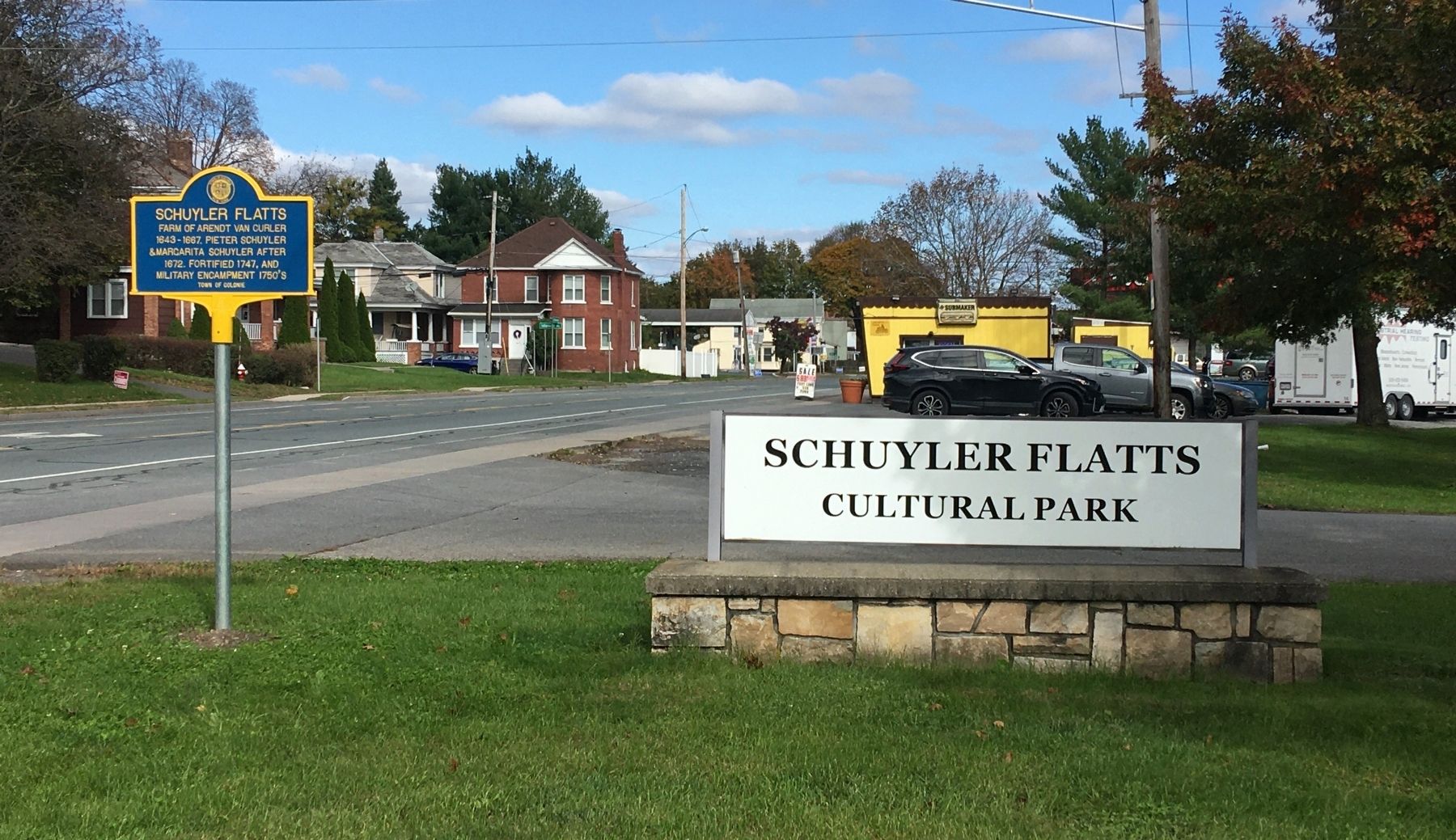 Related marker. Click here for another marker that is related to this marker. Arendt Van Curler