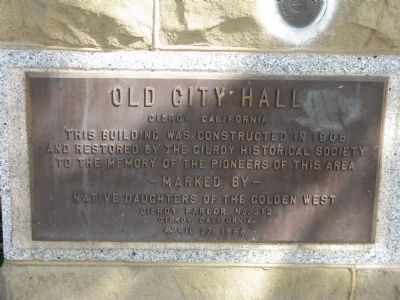 Photographed By Syd Whittle, April 25, 2009
1. Old City Hall Marker
Inscription.
Old City Hall. Gilroy, California. This building was constructed in 1905 and restored by the Gilroy Historical Society to the memory of the pioneers of this area. . This historical marker was erected in 1968 by Native Daughters of the Golden West, Gilroy Parlor No.312. It is in Gilroy in Santa Clara County California

This building was constructed in 1905 and restored by the Gilroy Historical Society to the memory of the pioneers of this area.

Erected 1968 by Native Daughters of the Golden West, Gilroy Parlor No.312.

Topics and series. This historical marker is listed in this topic list: Government & Politics. In addition, it is included in the Native Sons/Daughters of the Golden West series list. A significant historical date for this entry is April 27, 1874.

Other nearby markers. At least 8 other markers are within 6 miles of this marker, measured as the crow flies. “Alcalde” (a few steps from this marker); Butterfield Overland Stage (about 500 feet away, measured in a direct line); Gilroy Carnegie Library (approx. 0.2 miles away); Gilroy (approx. 1.1 miles away); Rancho San Ysidro / San Ysidro School 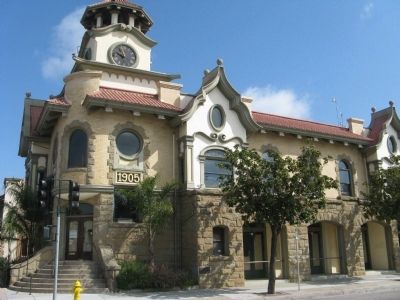 Regarding Old City Hall. This site was placed on the National Register of Historic Places in 1975.

Additional commentary.
1. Frank Delos Wolfe, Architect
The Gilroy City Hall is the only civic design of Wolfe’s career that is still standing. Although originally considered a Mission Revival design, the locals refer to it affectionately as “Flemish Baroque.” The city hall is often credited to Samuel Newsom, but after reviewing all City Council records and local newspapers of the time, local historians concluded that this building was the work of Wolfe & McKenzie alone. After being listed on the National Register in 1975, the building sustained damage in the 1989 earthquake. A thorough restructuring and restoration has helped to insure that the Gilroy City Hall will be around for many more generations to come.
Source: http://fdwolfe.com/gallery.html 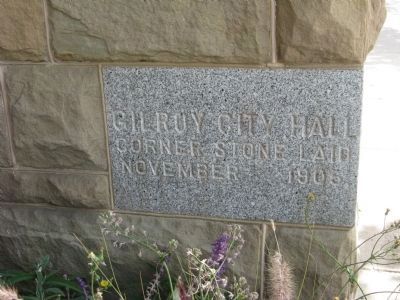 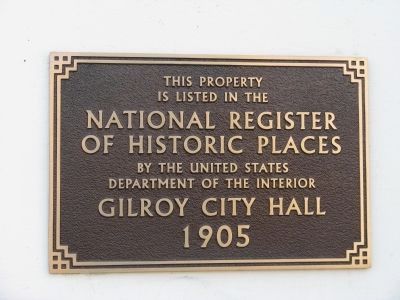 Photographed By Syd Whittle, April 25, 2009
4. Old City Hall
This property
is listed in the
NATIONAL REGISTER
OF HISTORIC PLACES
by the United States
Department of the Interior
GILROY CITY HALL
1905
(This plaque is mounted on the building facing Monterey Street.) 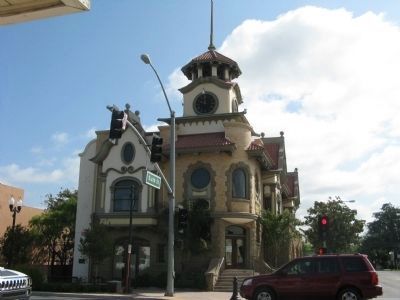 Photographed By Syd Whittle, April 25, 2009
5. Old City Hall
National Register of Historic Places plaque can be seen on the left. 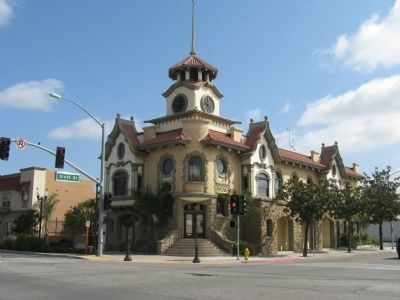