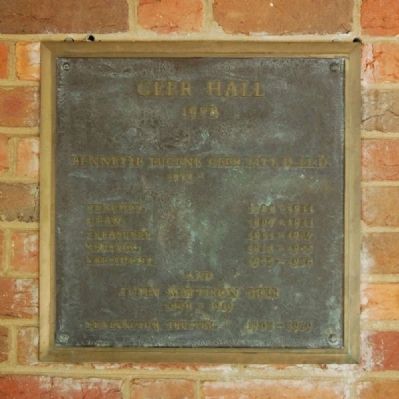 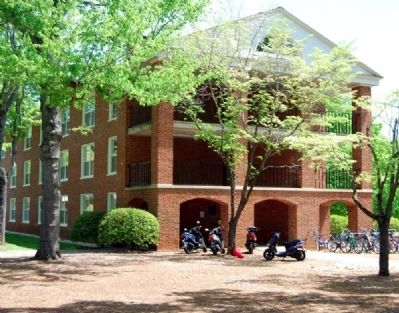 Additional commentary.
1. About Bennette Eugene Geer
Bennette Eugene Geer was Furman University's sixth president, serving in the position for the shortest period of time, 1933-1938.
— Submitted May 1, 2009, by Brian Scott of Anderson, South Carolina. 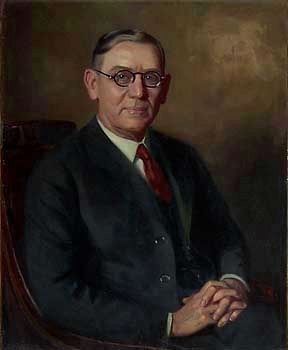 Photographed By Douglas Chandor, 1930
3. Bennette Eugene Geer
In 1933, Bennette Eugene Geer was nominated for President. Geer received the A.B. degree in 1896 and then taught at Furman. He became a professor of English and then the dean of Faculty in 1907. Geer resigned from teaching and was president of Judson Mills prior to his short tenure as Furman president. He restructured the curriculum and focused on building a stronger relationship with the community. The University experienced financial concerns and his presidency has been described as turbulent. However, prior to becoming President, Geer helped secure the Duke endowment. He resigned in 1938. (Source: http://www.furman.edu/housing/rhupper.htm#geer.)
Credits. This page was last revised on December 13, 2019. It was originally submitted on May 1, 2009, by Brian Scott of Anderson, South Carolina. This page has been viewed 1,001 times since then and 12 times this year. Photos:   1, 2, 3. submitted on May 1, 2009, by Brian Scott of Anderson, South Carolina.
Share this page.