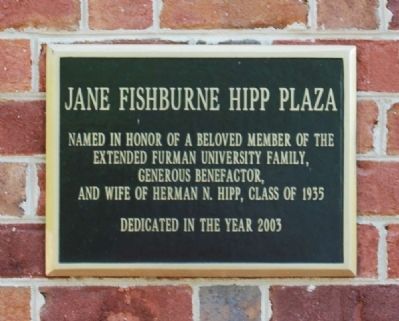 Named in honor of a beloved member of the extended Furman University Family, generous benefactor, and wife of Herman N. Hipp, Class of 1935.

Topics. This historical marker is listed in these topic lists: Charity & Public Work • Education • Women. A significant historical year for this entry is 1935. 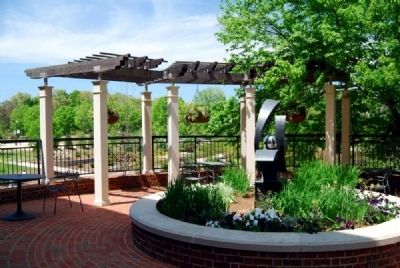 Click or scan to see
this page online
700 feet away); Poteat Hall (about 700 feet away); Beatrice Dennis Plyler Fountain (about 800 feet away); Eugene E. Stone III Soccer Stadium (approx. 0.2 miles away). Touch for a list and map of all markers in Greenville. 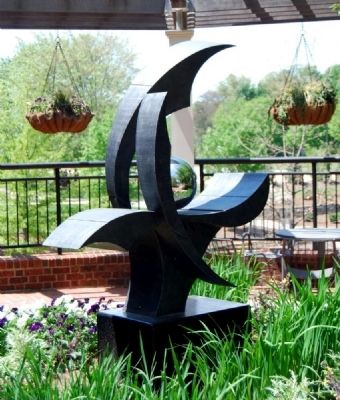