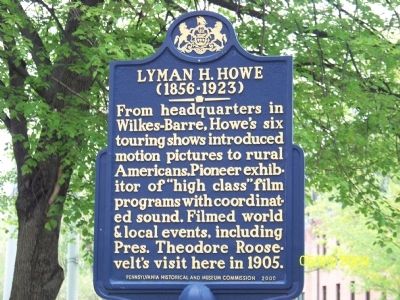 Topics and series. This historical marker is listed in these topic lists: Arts, Letters, Music • Entertainment. In addition, it is included in the Former U.S. Presidents: #26 Theodore Roosevelt, and the Pennsylvania Historical and Museum Commission series lists. A significant historical year for this entry is 1905.

Location. 41° 14.699′ N, 75° 53.399′ W. Marker is in Wilkes-Barre, Pennsylvania, in Luzerne County. Marker is on South River Street near South Street, on the right when traveling south. Touch for map. Marker is in this post office area: Wilkes Barre PA 18702, United States of America. Touch for directions. 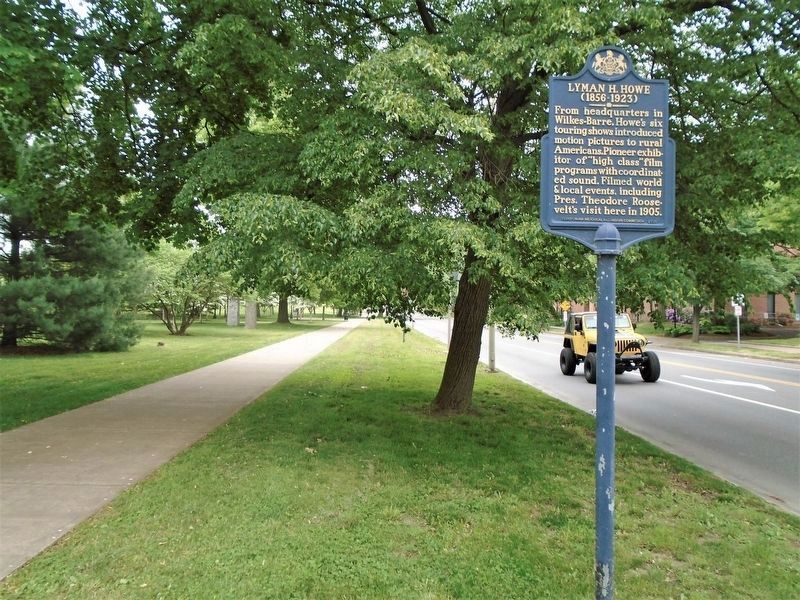