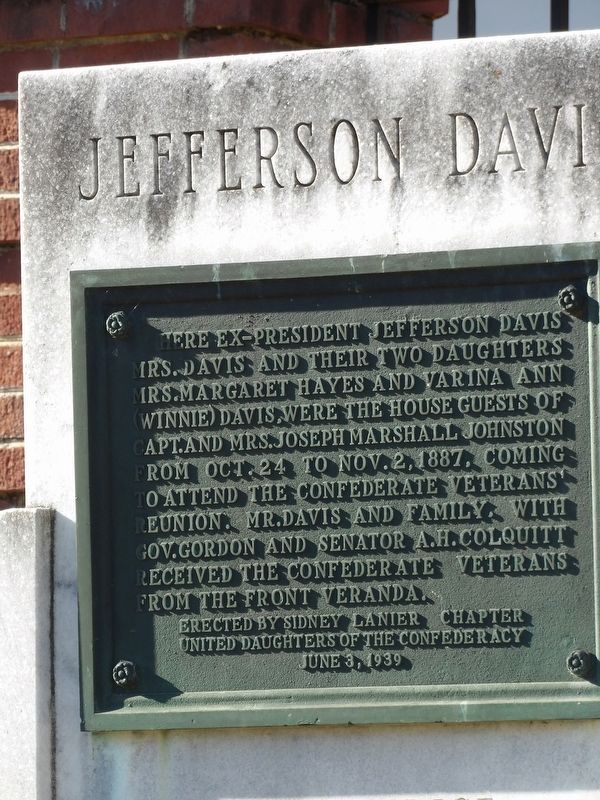 Photographed By Duane and Tracy Marsteller, November 20, 2021
1. Jefferson Davis Marker
Inscription.
Jefferson Davis. . Here ex-president Jefferson Davis, Mrs. Davis and their two daughters Mrs. Margaret Hayes and Varina Ann (Winnie) Davis were the house guests of Capt. and Mrs. Joseph Marshall Johnston from Oct. 24 to Nov.2, 1887, coming to attend the Confederate veterans' reunion. Mr. Davis and family, with Gov. Gordon and Senator A.H. Colquitt, received the Confederate veterans from the front veranda. . This historical marker was erected in 1939 by Sidney Lanier Chapter, United Daughters of the Confederacy. It is in Macon in Bibb County Georgia

Erected 1939 by Sidney Lanier Chapter, United Daughters of the Confederacy.

Topics and series. This historical marker is listed in this topic list: War, US Civil. In addition, it is included in the United Daughters of the Confederacy series list. A significant historical date for this entry is October 24, 1887.

Other nearby markers. At least 8 other markers are within walking distance of this marker. Harris-Hall-Bennett House (a few steps from this marker); 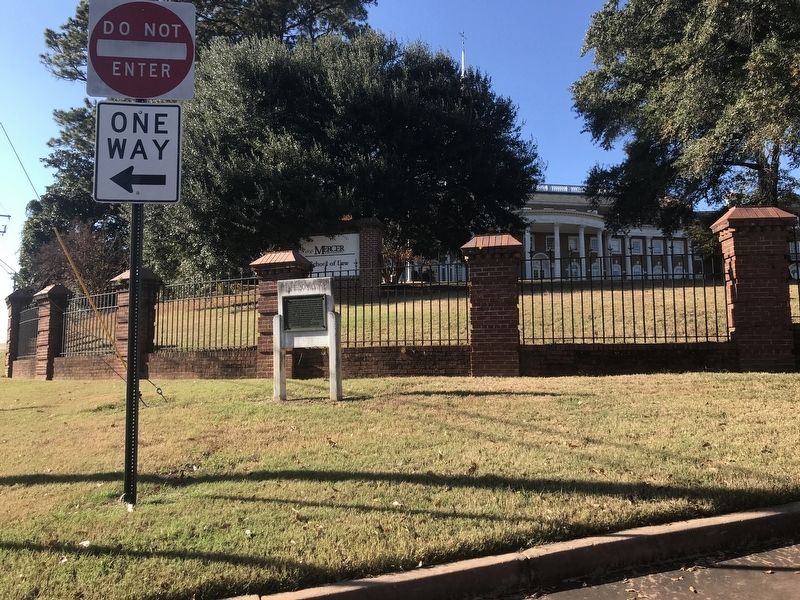