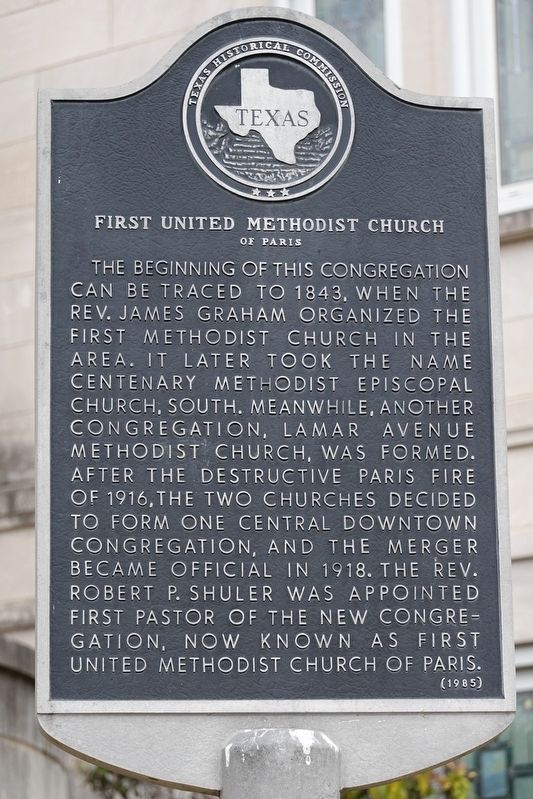 The beginning of this congregation can be traced to 1843, when the Rev. James Graham organized the First Methodist Church in the area. It later took the name Centenary Methodist Episcopal Church, South. Meanwhile, another congregation, Lamar Avenue Methodist Church, was formed. After the destructive Paris fire of 1916, the two churches decided to form one central downtown congregation, and the merger became official in 1918. The Rev. Robert P. Shuler was appointed first pastor of the new congregation, now known as First United Methodist Church of Paris.

Topics. This historical marker is listed in this topic list: Churches & Religion. A significant historical year for this entry is 1918. 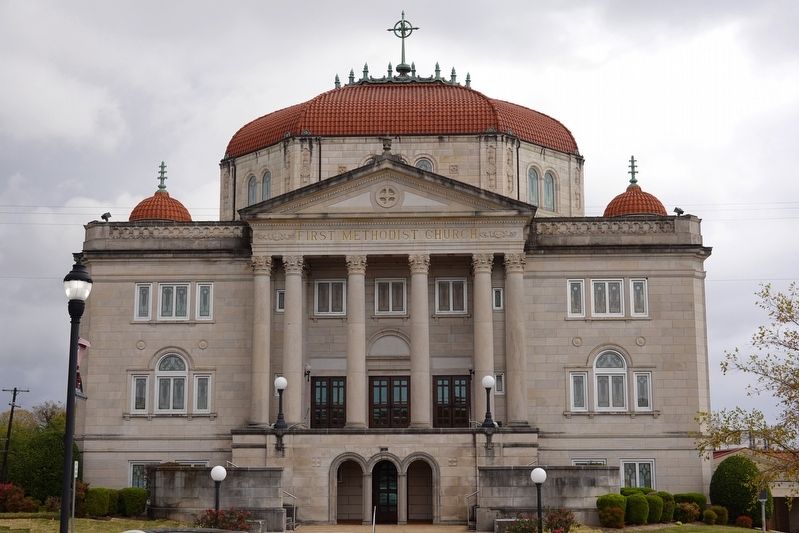