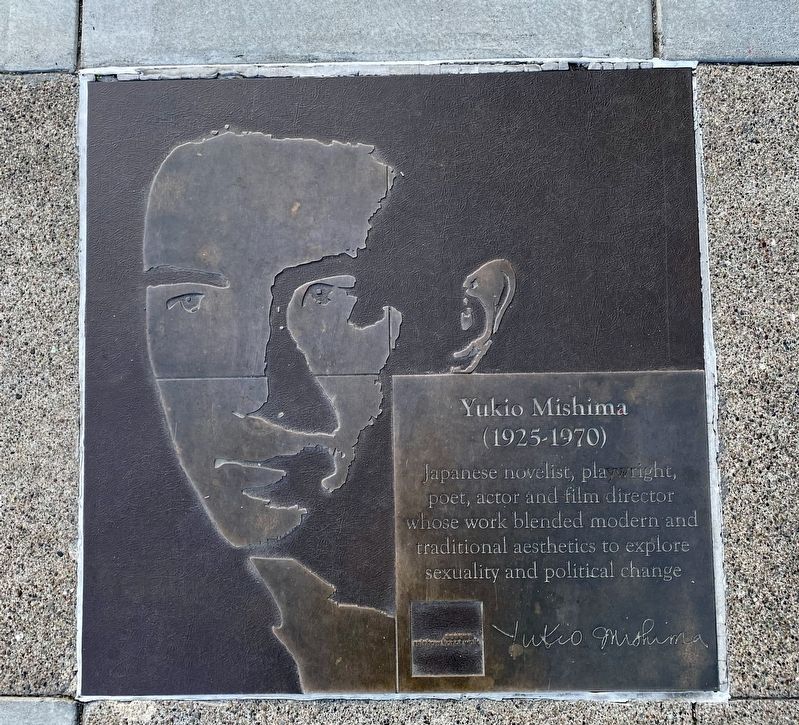 Topics and series. This historical marker is listed in this topic list: Arts, Letters, Music. In addition, it is included in the Rainbow Honor Walk series list. A significant historical date for this entry is January 14, 1925. 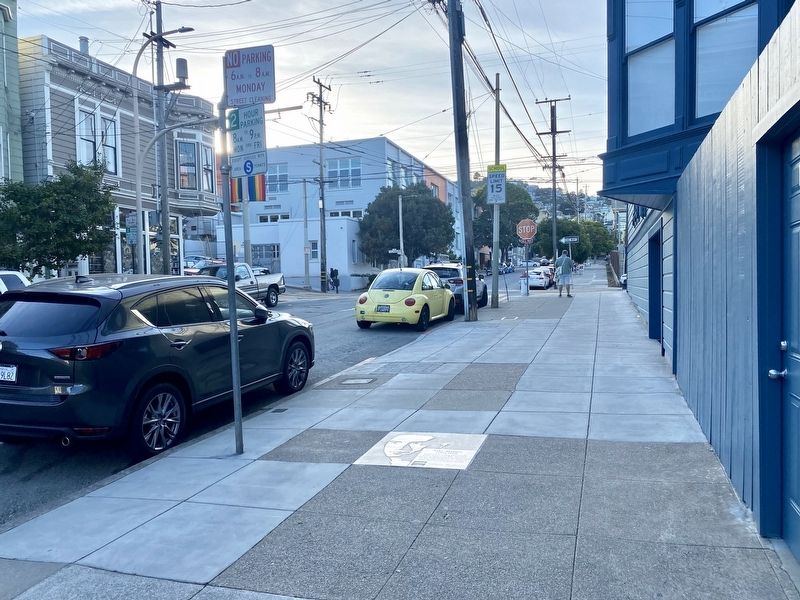 'Yukio Mishima (三島 由紀夫, Mishima Yukio, 14 January 1925 – 25 November 1970), born Kimitake Hiraoka (平岡 公威, Hiraoka Kimitake), was a Japanese author, poet, playwright, actor, model, Shintoist, nationalist, and founder of the Tatenokai (楯の会, "Shield Society"), an unarmed civilian militia. Mishima is considered one of the most important Japanese authors of the 20th century. He was considered for the Nobel Prize in Literature in 1968, but the award went to his countryman and benefactor Yasunari Kawabata. His works include the novels Confessions of a Mask (仮面の告白, Kamen no kokuhaku) and The Temple of the Golden Pavilion (金閣寺, Kinkaku-ji), and the autobiographical essay Sun and Steel (太陽と鉄, Taiyō to tetsu). Mishima's work is characterized by "its luxurious vocabulary and decadent metaphors, its fusion of traditional Japanese and modern Western literary styles, and its obsessive assertions of the unity of beauty, eroticism and death".'

Excerpt: "He was Japan’s most famous living novelist when, on 25 November 1970, he went to an army base in Tokyo, kidnapped the commander, had him assemble the garrison, then tried to start a coup. He railed against the US-backed state and constitution, berated the soldiers for their submissiveness and challenged them to return the Emperor to his pre-war position as living god and national leader. The audience, at first politely quiet, or just stunned into silence, soon drowned him out with jeers. Mishima stepped back inside and said: “I don’t think they heard me.” Then he knelt down and killed himself by seppuku, the Samurai’s ritual suicide."