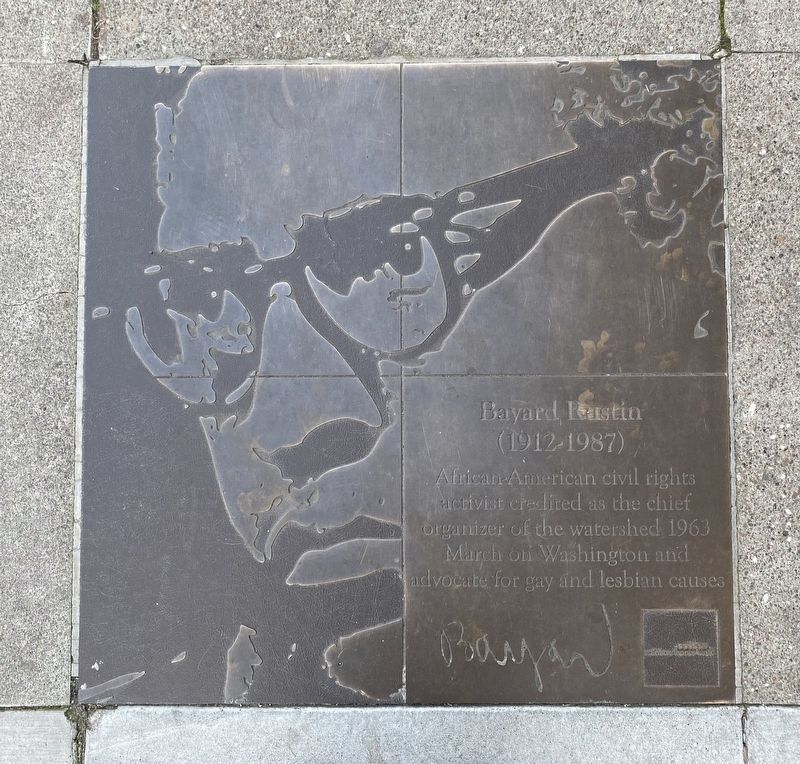 Photographed By Andrew Ruppenstein, November 24, 2021
1. Bayard Rustin Marker
Inscription.
Bayard Rustin. African-American civil rights activist credited as the chief organizer of the watershed 1963 March on Washington and advocate for gay and lesbian causes . This historical marker was erected in 2019 by Rainbow Honor Walk. It is in San Francisco in San Francisco City and County California

Topics. This historical marker is listed in these topic lists: African Americans • Civil Rights. A significant historical date for this entry is August 28, 1963. 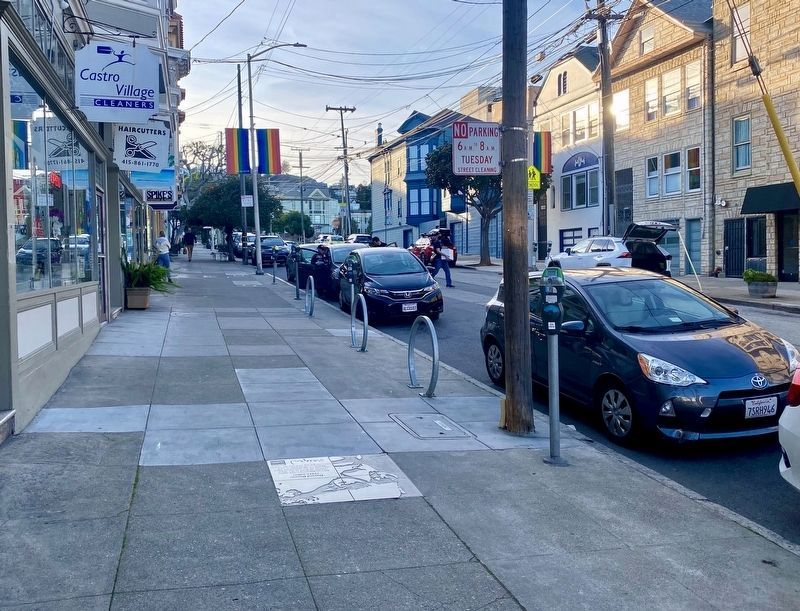 Photographed By Andrew Ruppenstein, November 24, 2021
2. Bayard Rustin Marker - wide view
The marker is visible here embedded in the sidewalk on the south side of 19th Street.

'Bayard Rustin was a brilliant strategist, pacifist, and forward-thinking civil rights activist during the middle of the 20th century. In 1947 as a member of the Fellowship of Reconciliation, Rustin planned the"Journey of Reconciliation", which would be used as a model for the Freedom Rides of the 1960's. He served as a mentor to Martin Luther King, Jr. in the practice of nonviolent civil resistance, and was an intellectual and organizational force behind the burgeoning civil rights movement during the 1950s and 1960s. He organized protests in England and studied Ghandian principles in India. His life as an openly gay man, however, put him at odds with the cultural norms of the larger society and left him either working behind the scenes or outside of the movement for stretches of time.' 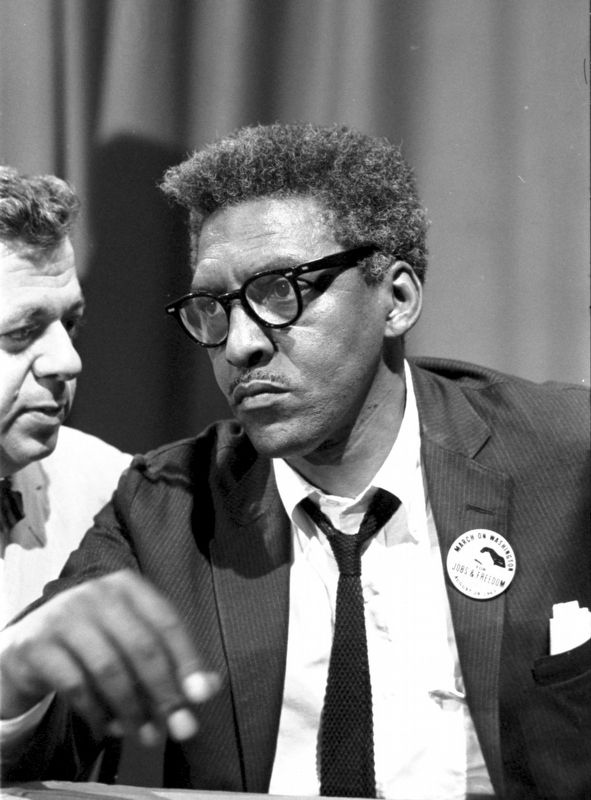