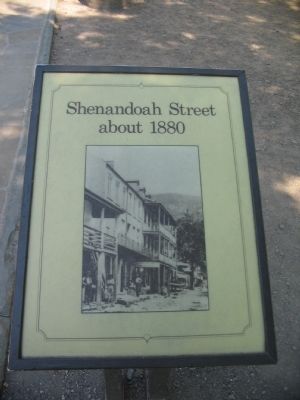 (Photo of the buildings along Shenandoah Street about 1880) 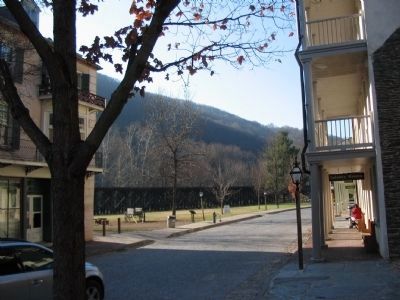 By Craig Swain, December 29, 2006
2. Marker on the other side of the Street
The marker is beside the sidewalk in front of the wagon display on the opposite side of Shenandoah Street.

Click or scan to see
this page online
of this marker); Harper House Tavern (within shouting distance of this marker). Touch for a list and map of all markers in Harpers Ferry. 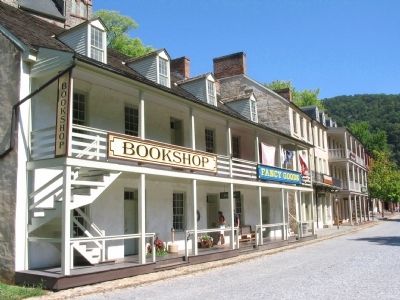 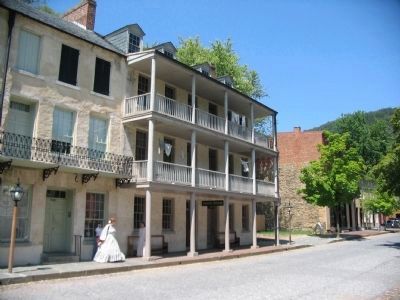 By Craig Swain, August 12, 2007
4. Industry Museum
One of several historic structures in Harpers Ferry's lower town. The building is seen in the 1880s photo on the marker, and today houses the park's industry museum displaying machinery used at Harpers Ferry. 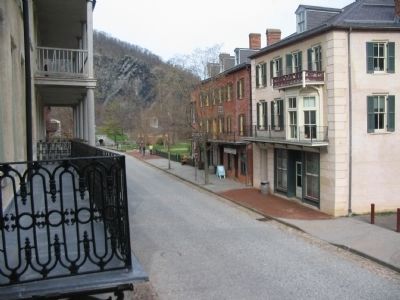