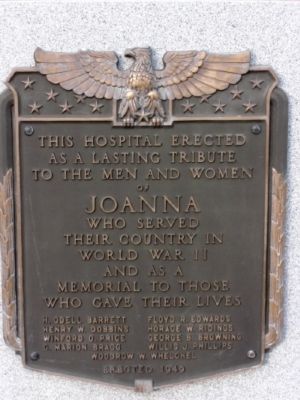 Top plaque:
This hospital erected as a lasting tribute to the men and women of Joanna who served their country in World War II and as a memorial to those who gave their lives

Location. 34° 24.839′ N, 81° 48.669′ W. Marker is in Joanna, South Carolina, in Laurens County. Memorial is at the intersection of South Main Street and Whitmire Highway, on the left when traveling east on South Main Street. This marker is located in Blalock Memorial Veterans' Park, also 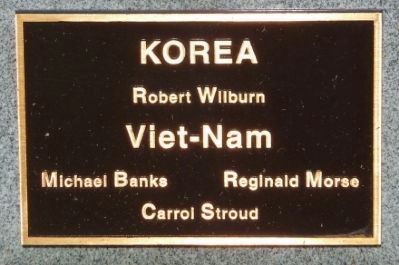 Click or scan to see
this page online
site of the tomb of J.S. Blalock and his son L.W.C. Blalock, pioneers of Goldville Manufacturing Company. Touch for map. Marker is in this post office area: Joanna SC 29351, United States of America. Touch for directions.

More about this memorial. The WWII memorial plaque was originally in the now-defunct Joanna Memorial Hospital. The Korean and Vietnam Veterans' names were added to the monument to be placed in its present location. 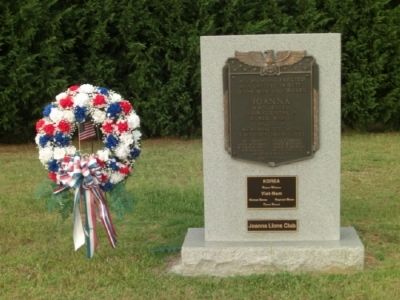 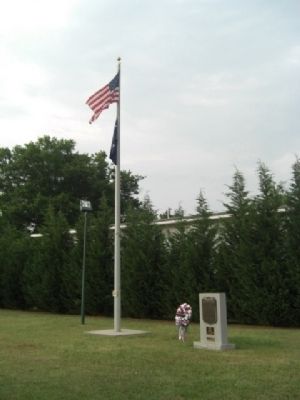 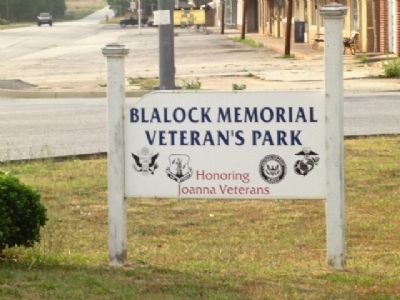