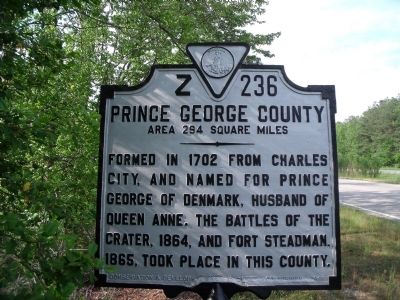 (Obverse)
Prince George County
Area 294 Square Miles
Formed in 1702 from Charles City, and named for Prince George of Denmark, husband of Queen Anne. The battles of the crater, 1864, and Fort Steadman, 1865, took place in this county.

(Reverse)
Sussex County
Area 515 Square Miles
Formed in 1753 from Surry, and named for an English county. Cornwallis passed through this county in 1781.

Other nearby markers. At least 8 other markers are within 7 miles of this marker, measured as the crow flies. Reams Station (approx. 3.1 miles away); History At Stony Creek 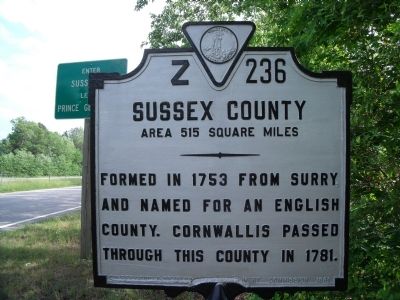 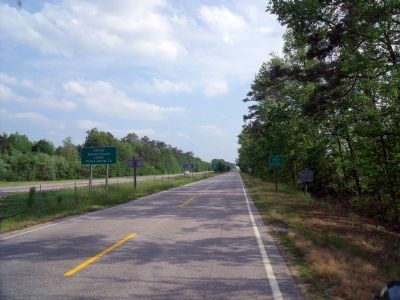