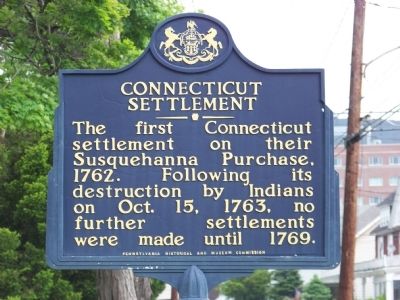 By Michael Beatty, May 16, 2009
1. Connecticut Settlement Marker
Inscription.
Connecticut Settlement. . The first Connecticut settlement on their Susquehanna Purchase, 1762. Following its destruction by Indians on Oct. 15, 1763, no further settlements were made until 1769. . This historical marker was erected in 1947 by Pennsylvania Historical and Museum Commission. It is in Wilkes-Barre in Luzerne County Pennsylvania

The first Connecticut settlement on their Susquehanna Purchase, 1762. Following its destruction by Indians on Oct. 15, 1763, no further settlements were made until 1769.

Location. 41° 15.368′ N, 75° 52.197′ W. Marker is in Wilkes-Barre, Pennsylvania, in Luzerne County. Marker is on River Road, on the right when traveling north. This marker is at the site of the Wilkes-Barre City Cemetery. Touch for map. Marker is in this post office area: Wilkes Barre PA 18702, United States of America. Touch for directions.

Other nearby markers. At least 8 other markers are within walking distance of this marker. Early Settlers and War Veterans Memorial (a few steps from this marker); Civil War Memorial (about 600 feet away, measured in a direct line); Rev. Jacob Johnson, A.M. (about 600 feet away); Rev. Joseph Murgas (approx. 0.3 miles away); Luzerne County (approx. half a mile away); Center of Law, Politics and Power 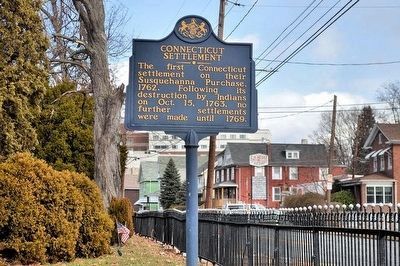 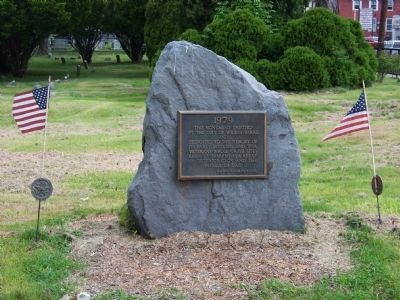