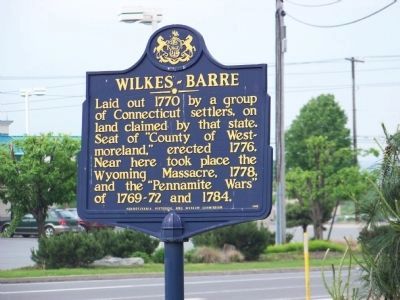 Photographed By Michael Beatty, May 16, 2009
1. Wilkes-Barre Marker
Kidder St. (Rt. 315) off Rt. 115/309 near Wyoming Valley Mall, Wilkes-Barre
Inscription.
Wilkes-Barre. . Laid out 1770 by a group of Connecticut settlers, on land claimed by that state. Seat of "County of Westmoreland," erected 1776. Near here took place the Wyoming Massacre, 1778, and the "Pennamite Wars" of 1769-72 and 1784. . This historical marker was erected in 1949 by Pennsylvania Historical and Museum Commission. It is in Wilkes-Barre in Luzerne County Pennsylvania

Topics and series. This historical marker is listed in these topic lists: Settlements & Settlers • War, US Revolutionary. In addition, it is included in the Pennsylvania Historical and Museum Commission series list. A significant historical year for this entry is 1770.

Location. 41° 15.023′ N, 75° 50.404′ W. Marker is in Wilkes-Barre, Pennsylvania, in Luzerne County. Marker is on Kidder Street (State Highway 115), on the right when traveling west. Located near Wyoming Valley Mall, Wilkes-Barre. Touch for map. Marker is in this post office area: Wilkes Barre PA 18702, United States of America. Touch for directions. 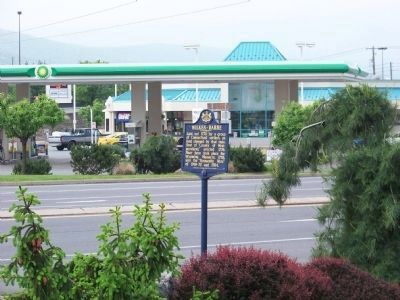 More about this marker. There are three markers with the same text and they are located in 3 different parts of Wilkes-Barre 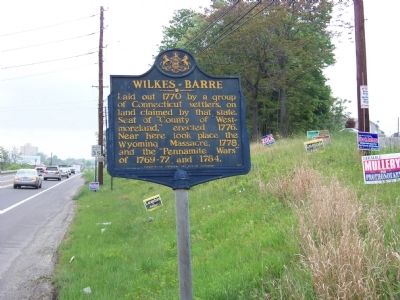