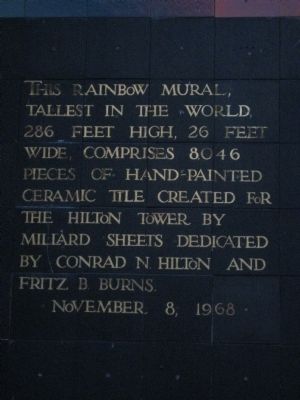 Topics. This historical marker is listed in these topic lists: Arts, Letters, Music • Industry & Commerce. A significant historical date for this entry is November 8, 1854.

Location. 21° 17.011′ N, 157° 50.28′ W. Marker is in Honolulu, Hawaii, in Honolulu County. Marker can be reached from the intersection of Ala Moana Boulevard (Hawaii Route 92) and Kalia Road. Marker is on the east side of the Rainbow Tower, located within the Hilton Hawaiian Hotel complex. Touch for map. Marker is in this post office area: Honolulu HI 96815, United States of America. Touch for directions. 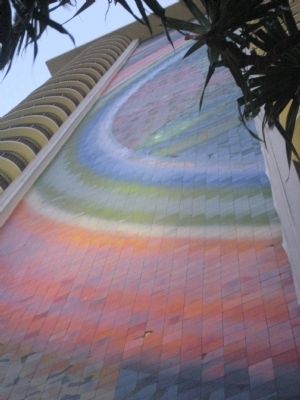 Photographed By F. Robby, April 25, 2009
2. Rainbow Mural
Looking up at the mural from the marker. 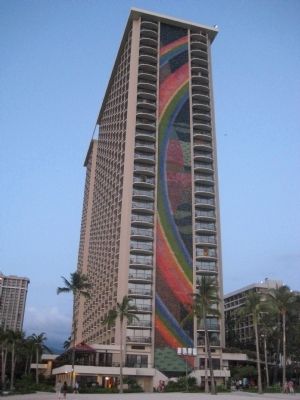 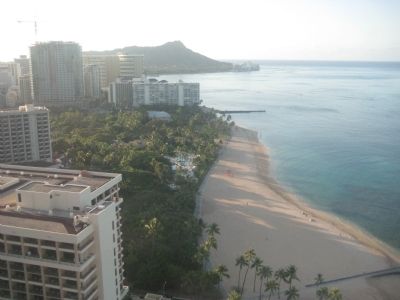