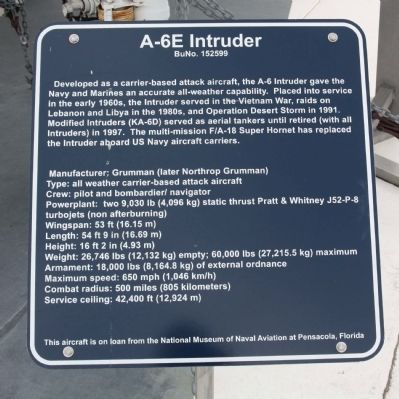 Developed as a carrier-based attack aircraft, the A-6 Intruder gave the Navy and Marines an accurate all-weather capability. Placed into service in the early 1960s, the Intruder served in the Vietnam War, raids on Lebanon and Libya in the 1980s, and Operation Desert Storm in 1991. Modified Intruders (KA-6D) served as aerial tankers until retired (with all Intruders) in 1997. The multi-mission F/A-18 Super Hornet has replaced the Intruder aboard US Navy aircraft carriers.

This aircraft on loan from the National 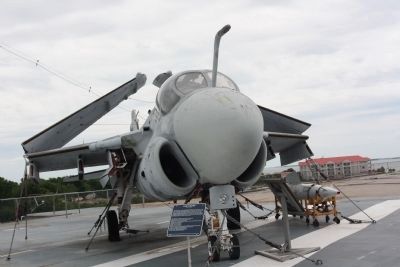 Click or scan to see
this page online
Museum of Naval Aviation at Pensacola, Florida 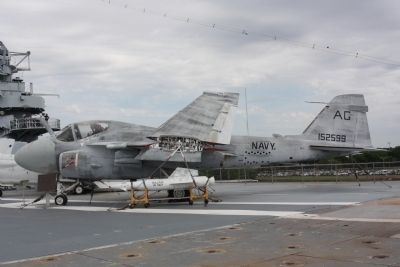