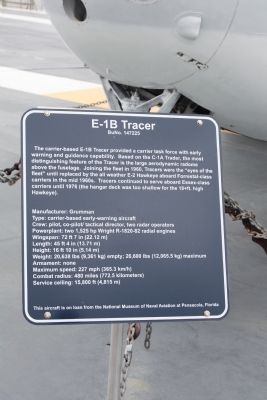 The carrier-based E-1B Tracer provided a carrier task force with early warning and guidence capability. Based on the C-1A Trader, the most distinguishing of the Tracer is the large aerodynamic radome above the fuselage. Joining the fleet in 1960, Tracers were the "eyes of the fleet" until replaced by the all weather E-2 Hawkeye aboard Forrestal-class carriers in the mid 1960s. Tracers continued to serve aboard Essex-class carriers until 1976 ( the hanger deck was too shallow for the 18+ft. high Hawkeye).

This aircraft on loan from the National Museum of Naval Aviation at Pensacola, 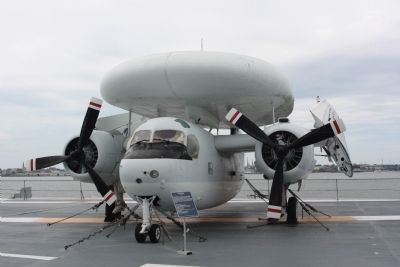 Click or scan to see
this page online
Florida

Topics. This historical marker is listed in these topic lists: Air & Space • War, Cold. A significant historical year for this entry is 1960. 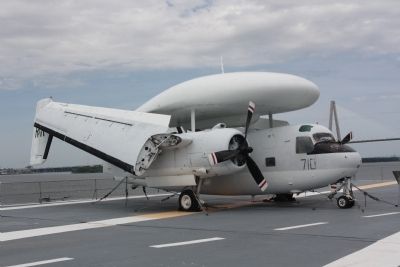 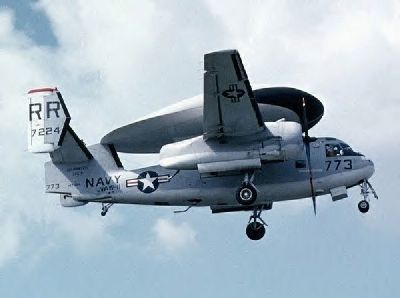