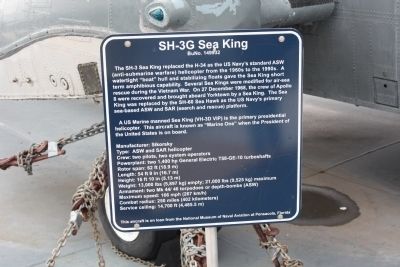 The SH-3 Sea King replaced the H34 as the US Navy's standard ASW ( Anti-Submarine Warfare) helicopter from the 1960s to the 1990s. A watertight "boat" hull and stabilizing floats gave the Sea King short term amphibious capability. Several Sea Kings were modified for air-sea rescue during the Vietnam War. On 27 December 1968, the crew of the Apollo 8 were recovered and brought aboard Yorktown by a Sea King. The Sea King was replaced by the SH-60 Sea Hawk as the US Navy's primary sea-based ASW and SAR (search and rescue) platform.

The US Marine manned Sea King (VH-3D VIP) is the primary presidential helicopter. This aircraft is known as "Marine One" when the President of the United States is on board. 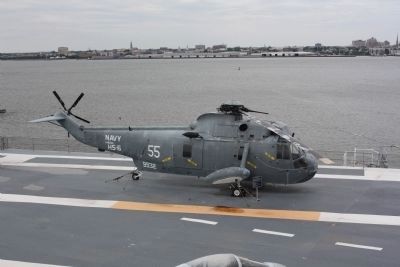 This aircraft is on loan from the National Museum of Naval Aviation at Pensacola, Florida

Topics. This historical marker is listed in these topic lists: Air & Space • War, Vietnam. A significant historical date for this entry is December 27, 1968.

Also see . . .  SH-3 Sea King From Wikipedia. Aircraft carriers always deployed the Sea King as the first aircraft in the air and the last to land serving in air operations as plane 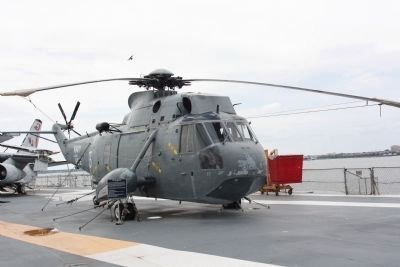 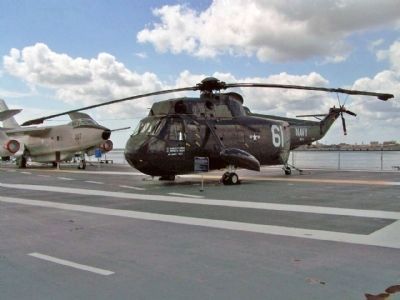 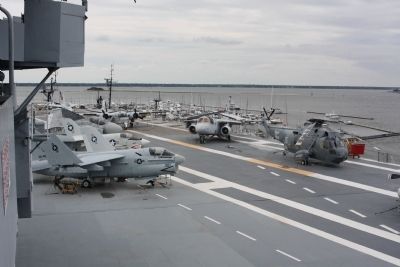 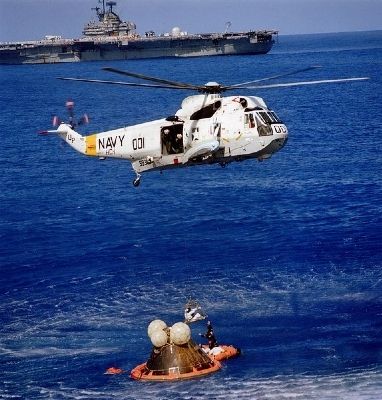