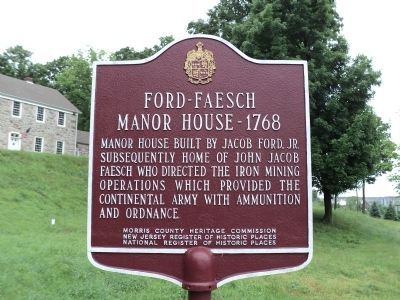 Other nearby markers. At least 8 other markers are within 2 miles of this marker, measured as the crow flies. Mount Hope (within shouting distance of this marker); Richard Mine (approx. 0.7 miles away); Walton Burial Ground 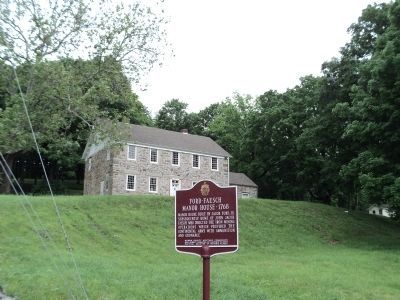 Additional commentary.
1. A Brief History of the Ford-Faesch House
“The Ford-Faesch Manor House in Mount Hope, Rockaway Township, NJ was built circa 1772 by Colonel Jacob Ford, Jr. as an ironmaster’s mansion. The three-story house was designed to be spacious and elegant befitting the era of ironmasters who shaped the political, economic and social development of the region.

Situated on a promontory overlooking the valley, the mansion was constructed in the Georgian style with native stone walls two to three feet thick and symmetrical wings on the east and west sides. The rooms were high-ceilinged for the times with nine English-style fireplaces. The original cost of construction was placed at £1400.

In 1772, Ford leased the Mount Hope property including the iron works to John Jacob Faesch, a Swiss native who had gained prominence as ironmaster under 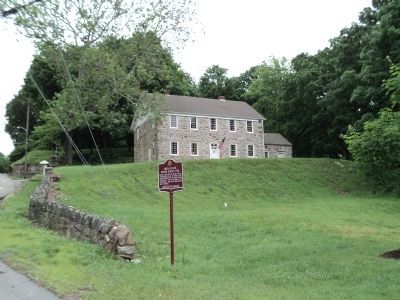 Photographed By Bill Coughlin, June 12, 2011
3. Marker on Mt. Hope Road
Peter Hasenclever at the Ringwood Mine. As ironmaster at Mount Hope, Faesch produced supplies and munitions for the Continental army and later purchased the iron works and surrounding land from Ford.

He was recognized as a patriot who served as a civic leader, country judge, trustee of the Morristown Academy and as a delegate to the Provincial Congress that ratified New Jersey statehood.

During the Revolutionary War, General George Washington is said to have frequented Rockaway and the Faesch Manor House. It was during one visit that Washington gave Faesch permission to employ 35 Hessian prisoners captured at Trenton to work at Mt. Hope. They were to include “wood choppers, two carpenters, one wheelwright, two blacksmiths, two masons, a barber and one beerbrewer.” So important were the Mount Hope iron works that 50 men were exempt from active military service as long as they worked at Mount Hope.

Faesch lived in the house until the late 1780s when he moved to Morristown. He later relocated to Boonton where he died in 1799.

Subsequent occupants of the house were various owners of the Mount Hope Mine and mine superintendents. In the late 1800s, renovations were made that included the addition of a Victorian front porch, fancy eave ornaments, a stucco façade and a bay window. It was at this time that the west wing which housed Faesch’s office 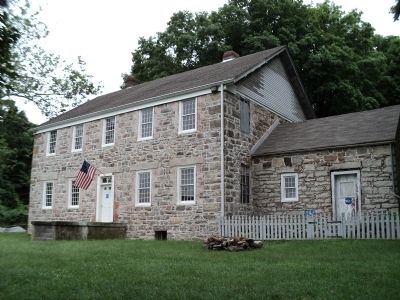 Photographed By Bill Coughlin, June 12, 2011
4. Ford – Faesch Manor House
was removed. In 1931, the building was converted into a two-family house which was occupied until 1973 when the last tenant moved out.”
Source: Historical Society of the Rockaways
— Submitted June 12, 2011, by Bill Coughlin of Woodland Park, New Jersey. 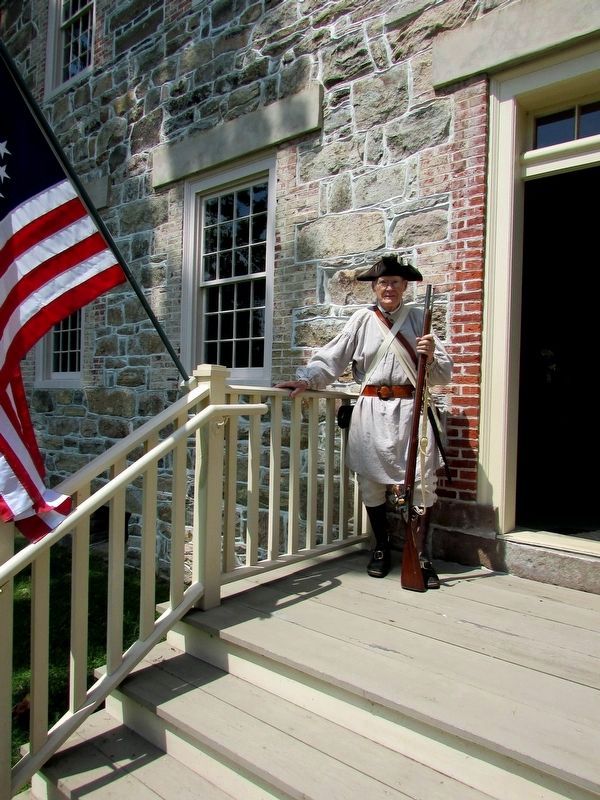 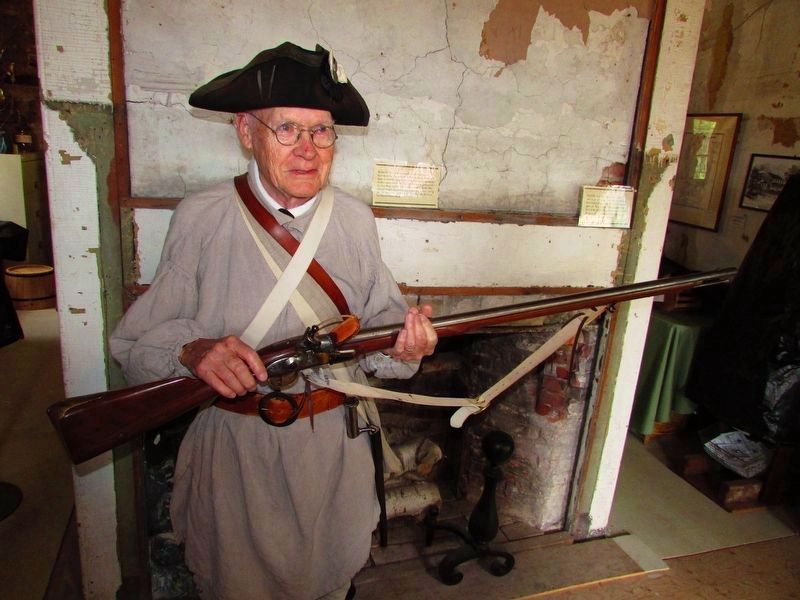