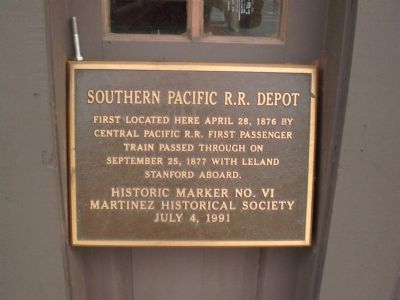 Topics and series. This historical marker is listed in this topic list: Railroads & Streetcars. In addition, it is included in the Southern Pacific Railroad series list. A significant historical month for this entry is April 2005.

Location. 38° 1.166′ N, 122° 8.215′ W. Marker is in Martinez, California, in Contra Costa County. Marker is on Ferry Street near Marina Vista, on the right when traveling north. Touch for map. Marker is in this post office area: Martinez CA 94553, United States of America. Touch for directions. 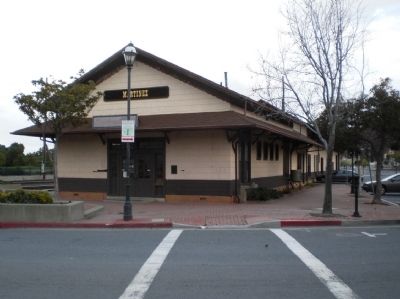 More about this marker. The marker is on the right side of the front (i.e. west) entrance.

Regarding Southern Pacific R.R. Depot. The Martinez Historical Society notes, "Site of original Central Pacific depot of 1877. Southern Pacific depot beginning in the 1880's, and Amtrak depot until the opening of the new station nearby in 2001. The locomotive across the street represents steam trains that passed through in large numbers in the 1880 - 1950 era." The location is ideal, as it would have been but a few minutes walk to the ferry terminal. 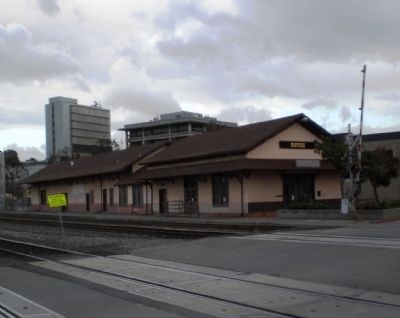 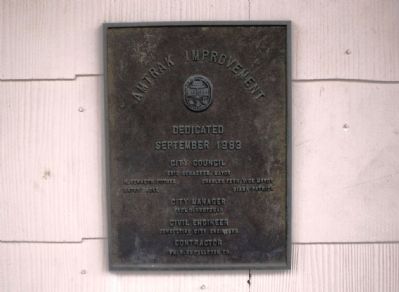 Photographed By Andrew Ruppenstein, February 8, 2009
4. Amtrak Improvement Dedication Plaque
The Martinez Historic Inventory of 1982 notes that the depot had been remodeled 4 times since 1876. This plaque, dedicated in September 1983, celebrates the 5th remodel, listing the names of the the mayor and city council. This plaque is also to the right of the west entrance door. 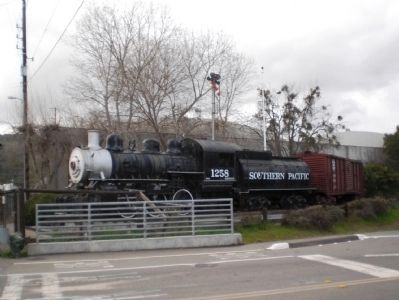 Photographed By Andrew Ruppenstein, February 8, 2009
5. Southern Pacific Steam Locomotive 1258
According to the Martinez Historical Society, "Southern Pacific steam locomotive number 1258 was one of 38 SP built S-12 switch engines. It was one of 6 built in SP's Los Angles shop's as LA Shop job # 8. Weighing nearly 80 tons, and operating at 200 psi steam pressure the 1258 and her sisters were the state of the art of steam efficiency at their time of conception in 1921. She spent most of her life working in the northern California area. Southern Pacific retired all of it's steam power by 1956, and the 1258 sat on the deadline track at Oakland yard waiting for the scrappers torch, when in 1959 she was donated to the City of Martinez as a museum piece...."
Credits. This page was last revised on July 27, 2018. It was originally submitted on February 10, 2009, by Andrew Ruppenstein of Sacramento, California. This page has been viewed 1,568 times since then and 23 times this year. Last updated on May 21, 2009, by Andrew Ruppenstein of Sacramento, California. Photos:   1, 2, 3, 4, 5. submitted on February 10, 2009, by Andrew Ruppenstein of Sacramento, California. • Syd Whittle was the editor who published this page.
Share this page.