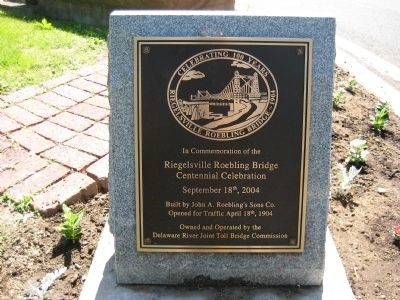 Topics. This historical marker is listed in this topic list: Bridges & Viaducts. A significant historical date for this entry is April 18, 1904. 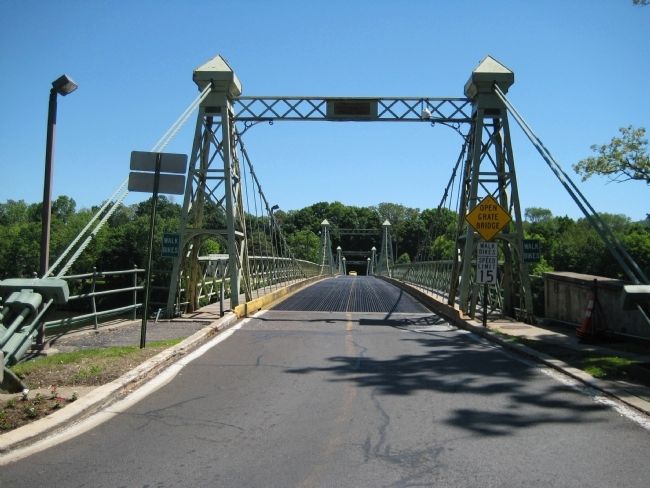 Click or scan to see
this page online
Riegelsville Bridge. (Submitted on May 25, 2009, by Alan Edelson of Union Twsp., New Jersey.) 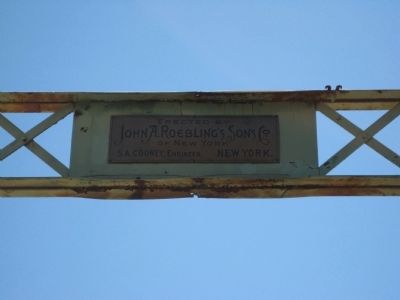 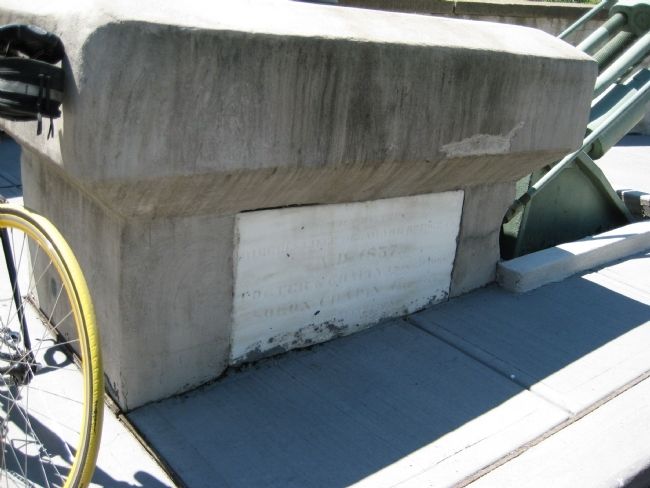 Photographed By Alan Edelson, May 21, 2009
4. Cornerstone from original bridge at this site, dated 1837, located on the New Jersey abutment 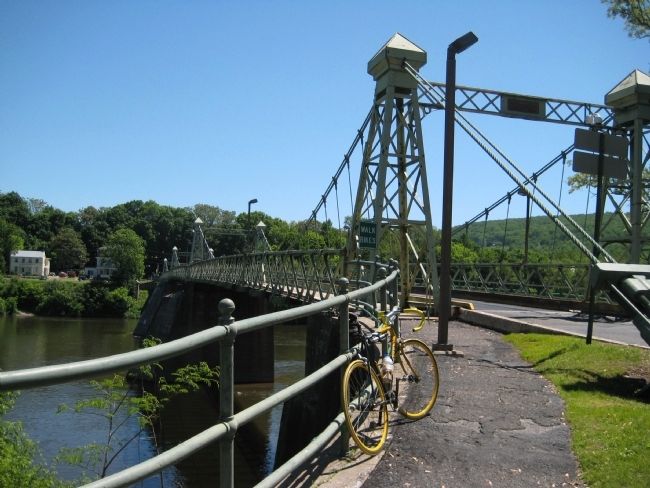