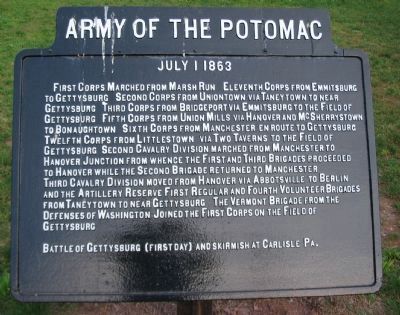 Battle of Gettysburg (First Day) and skirmish at Carlisle Pa. 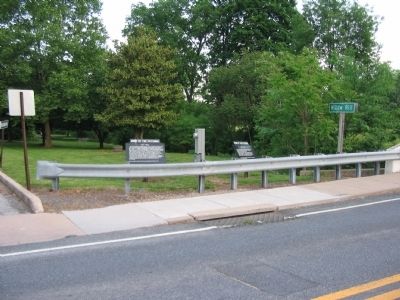 Click or scan to see
this page online
39° 42.131′ N, 77° 19.666′ W. Marker is in Emmitsburg, Maryland, in Frederick County. Marker is on South Seton Avenue (Business U.S. 15), on the right when traveling north. Located in front of the Emmitsburg Post Office. Touch for map. Marker is in this post office area: Emmitsburg MD 21727, United States of America. Touch for directions. 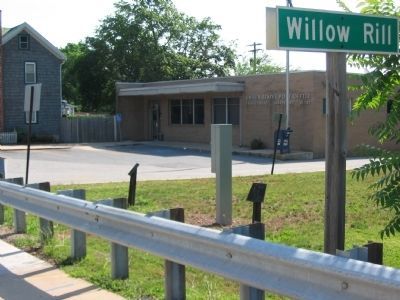