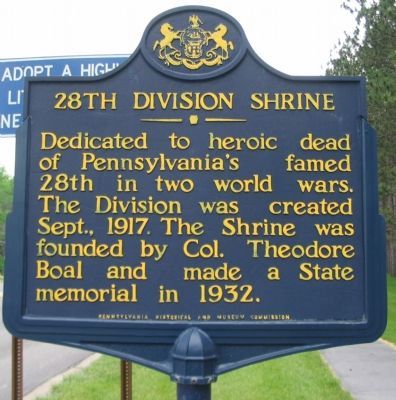 Photographed By Craig Swain, May 23, 2009
1. 28th Division Shrine Marker
Inscription.
28th Division Shrine. . , Dedicated to heroic dead of Pennsylvania's famed 28th in two world wars. The Division was created Sept., 1917. The Shrine was founded by Col. Theodore Boal and made a State memorial in 1932 . This historical marker was erected by Pennsylvania Historical and Museum Commission. It is in Harris Township in Centre County Pennsylvania

Dedicated to heroic dead of Pennsylvania's famed 28th in two world wars. The Division was created Sept., 1917. The Shrine was founded by Col. Theodore Boal and made a State memorial in 1932

Topics and series. This historical marker is listed in these topic lists: War, World I • War, World II. In addition, it is included in the Pennsylvania Historical and Museum Commission series list. A significant historical year for this entry is 1917.

Location. 40° 46.805′ N, 77° 47.835′ W. Marker is in Harris Township, Pennsylvania, in Centre County. Marker is at the intersection of East Boal Avenue (Business U.S. 322) and Old Boalsburg Road, on the right when traveling west on East Boal Avenue. Located at the entrance to the 28th Infantry Division Shrine. Touch for map. Marker is in this post office area: Boalsburg PA 16827, United States of America. Touch for directions. 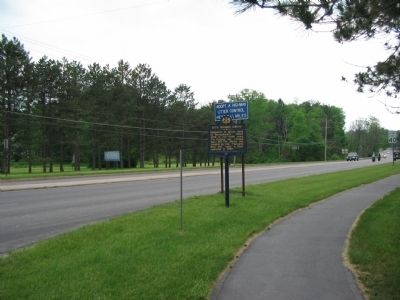 2. 28th Infantry Division Association. The 28th is considered America's oldest Army division, dating to 1879. (Submitted on May 25, 2009, by Craig Swain of Leesburg, Virginia.)

3. 28th Division Shrine - Behind the Marker. ExplorePAHistory.com (Submitted on July 14, 2011, by Mike Wintermantel of Pittsburgh, Pennsylvania.) 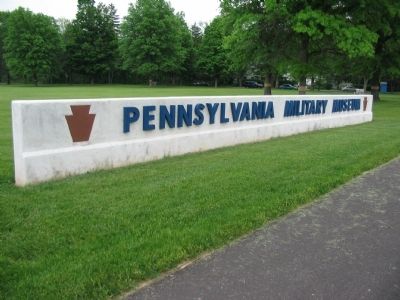 Photographed By Craig Swain, May 23, 2009
3. Pennsylvania Military Museum
Co-located with the shrine is the state military museum. 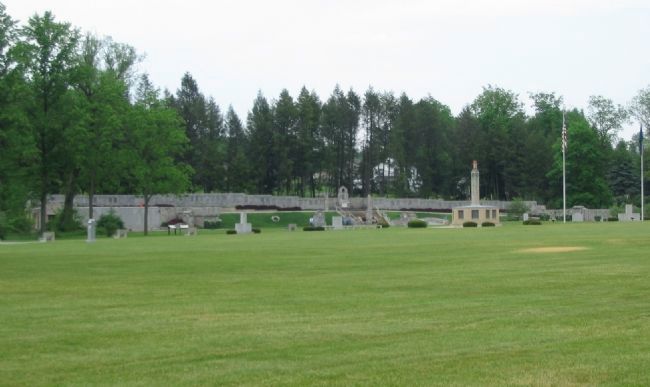 Photographed By Craig Swain, May 23, 2009
4. The 28th Division Shrine
Several smaller monuments for the Division's regiments stand in front of the shrine. 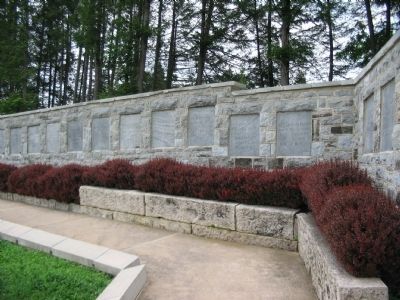 Photographed By Craig Swain, May 23, 2009
5. Memory Wall
Stone plaques placed from 1920 to the 1940s in memory of officers of the division who died in World War I. Some of the plaques are for all the enlisted men of particular units. 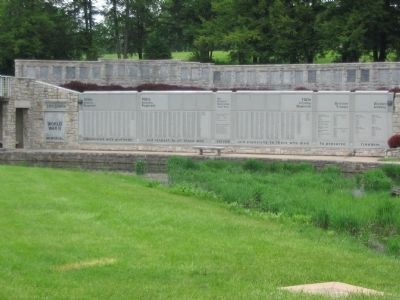