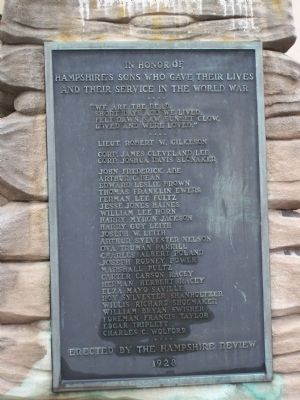 In honor of Hampshire's sons who gave their lives and their service in the World War
"We are the dead,
Short days ago we lived,
Felt dawn, saw sunset glow,
Loved and were loved."


Erected 1928 by The Hampshire Review.

Topics. This historical marker and memorial is listed in this topic list: War, World I. 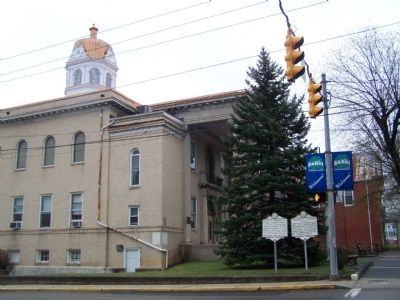 Click or scan to see
this page online
of W. Main St. (U.S. 50) and N. High St. on W. Main St.. Statue is in front of the courthouse. Touch for map. Marker is in this post office area: Romney WV 26757, United States of America. Touch for directions. 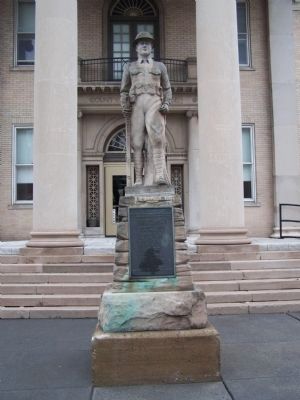