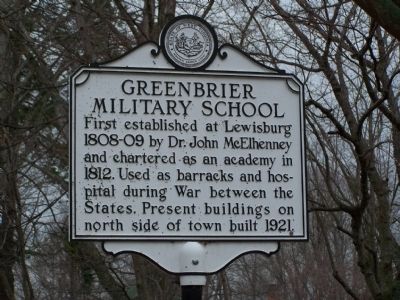 First established at Lewisburg 1808-09 by Dr. John McElhenney and chartered as an academy in 1812. Used as barracks and hospital during War between the States. Present buildings on north side of town built 1921.

Topics and series. This historical marker is listed in these topic lists: Education • War, US Civil. In addition, it is included in the West Virginia Archives and History series list. A significant historical year for this entry is 1812. 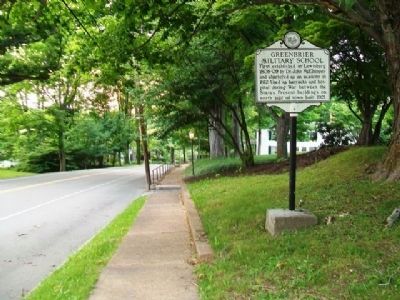