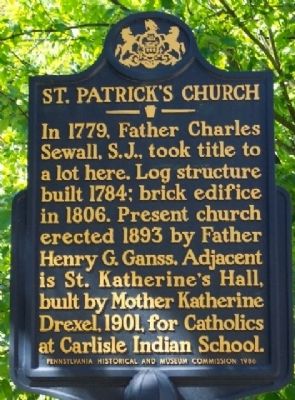 Topics and series. This historical marker is listed in these topic lists: Charity & Public Work • Churches & Religion • Native Americans. In addition, it is included in the Pennsylvania Historical and Museum Commission series list. A significant historical year for this entry is 1779. 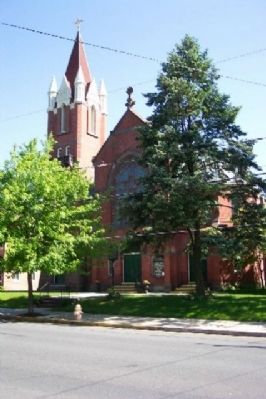 Regarding St. Patrick's Church. The marker misspells Mother Drexel's name as "Katherine", instead of the less common "Katharine".