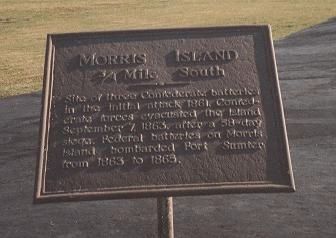 Site of three Confederate batteries in the initial attack, 1861. Confederate forces evacuated the island September 7, 1863, after a 58-day siege. Federal batteries on Morris Island bombarded Fort Sumter from 1863 to 1865.

Topics. This historical marker is listed in these topic lists: Forts and Castles • War, US Civil. A significant historical month for this entry is September 1950.

Location. This marker has been replaced by another marker nearby. 32° 45.134′ N, 79° 52.478′ W. Marker is near Charleston, South Carolina, in Charleston County. Marker is on Fort Sumter Island in Charleston Harbor. It is accessible only by boat, primarily via the National Park Service's concessionaire ferry, departing from its visitor education center at 340 Concord Street, Charleston, SC. Touch for map. Marker is in this post office area: Charleston SC 29412, United States of America. Touch for directions.

Other nearby markers. At least 8 other markers are within walking distance of this location. A different marker also named Morris Island (here, next to this marker); Flags of the Fort (a few steps from this marker); Fort Johnson 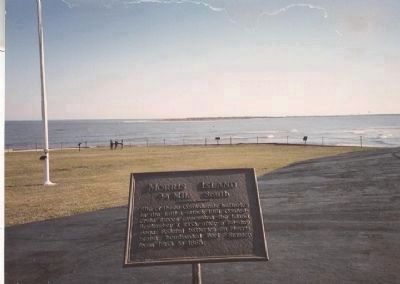 Related marker. Click here for another marker that is related to this marker. Burial site of the Immortal Six Hundred 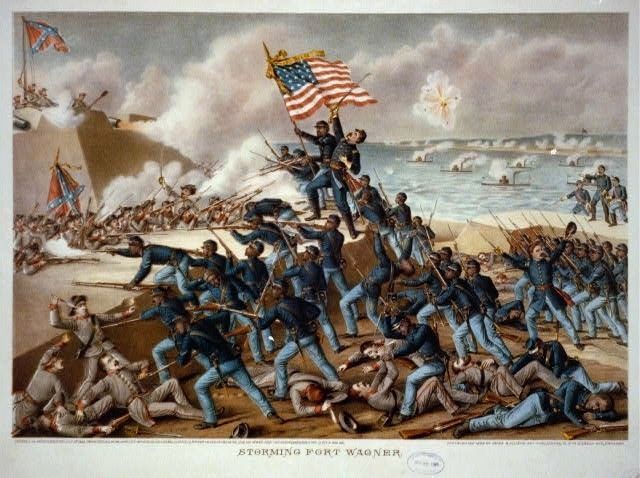 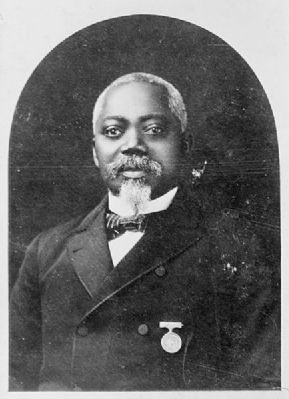 circa 1900
4. Sgt. William H. Carney of New Bedford, Mass.,
the 54th's second flag bearer and its first Medal of Honor recipient - for his heroism at Fort Wagner, Morris Island, S.C. 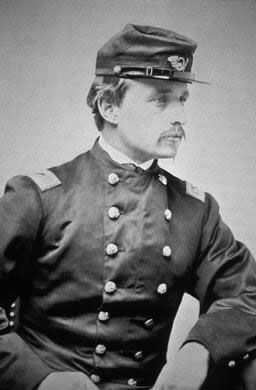