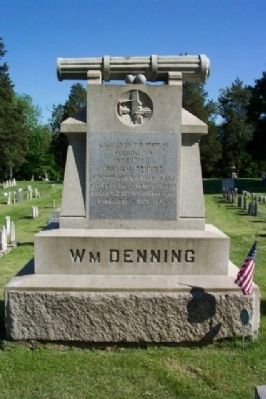 Photographed By William Fischer, Jr., May 21, 2009
1. William Denning Marker
Inscription.
William Denning. .
Erected by the State of Pennsylvania in memory of William Denning the patriotic blacksmith and forger of wrought iron cannon during the Revolutionary War Born 1737 - Died 1830. . This historical marker was erected in 1890 by Commonwealth of Pennsylvania. It is in Newville in Cumberland County Pennsylvania

Erected 1890 by Commonwealth of Pennsylvania.

Topics. This memorial is listed in these topic lists: Cemeteries & Burial Sites • Industry & Commerce • Patriots & Patriotism • War, US Revolutionary. A significant historical year for this entry is 1737.

Location. 40° 10.373′ N, 77° 23.79′ W. Marker is in Newville, Pennsylvania, in Cumberland County. Marker is in Big Spring Presbyterian Church Cemetery, about 100 feet south of the church building. Touch for map. Marker is in this post office area: Newville PA 17241, United States of America. Touch for directions. 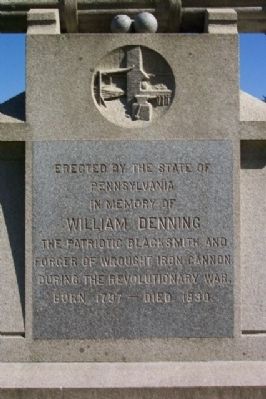 Also see . . .  William Denning. "William Denning, (1737-1830) American Revolution veteran for whom the park (Colonel Denning State Park) is named, was never a colonel but he is deserving of a place in history for his manufacturing of wrought iron cannons. William Denning served his country as a sergeant from March 1778 to April 1780 in Nathaniel Irish’s Company of Artillery Artificers in Benjamin Flower’s Regiment. Denning was stationed just outside of Carlisle, Pa., at Washingtonburg Forge, now Carlisle Barracks. The forge provided armaments for the Continental Army, including cannons. It is at this forge that William Denning made wrought iron cannons in a process of welding gads (strips) of wrought iron in successive layers to produce a cannon lighter and better able to resist failure during firing than cast iron cannons. 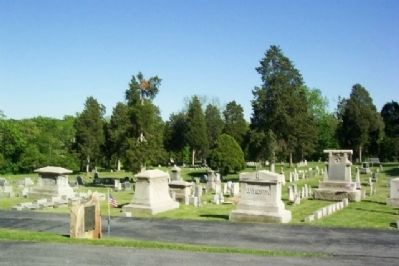 Photographed By William Fischer, Jr., May 21, 2009
3. William Denning Marker
At right background. At left foreground is Pennsylvania / D.A.R. monument to Revolutionary War soldiers buried in cemetery.
looked like. It is not known when or who added the “colonel” to Sergeant William Denning’s name. After the Revolution, William Denning lived out his life near Newville, Pa, and is interred with his only son and daughter in the Big Spring Presbyterian Church cemetery in Newville."

Editor's Note: A nearby DAR marker lists Denning's rank as Private, which would have been permanent military rank at the time. (Submitted on June 4, 2009, by Kevin W. of Stafford, Virginia.) 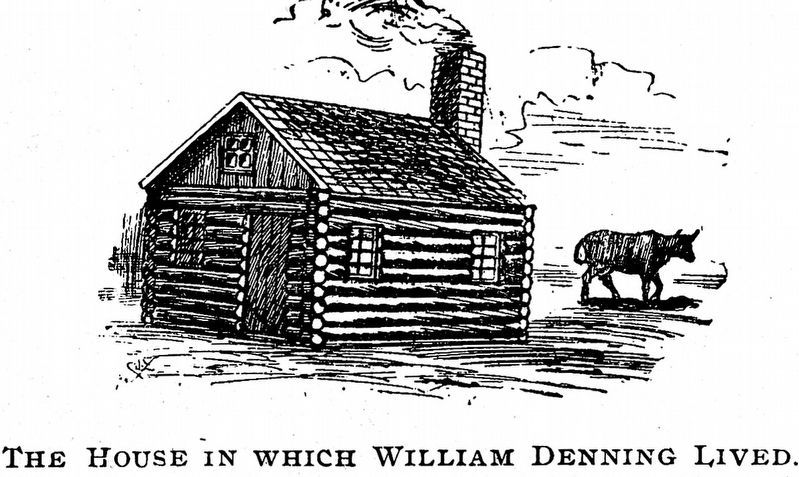 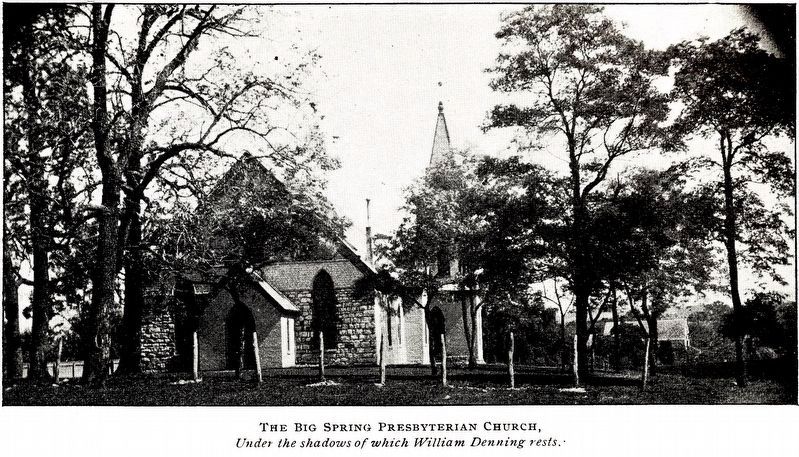 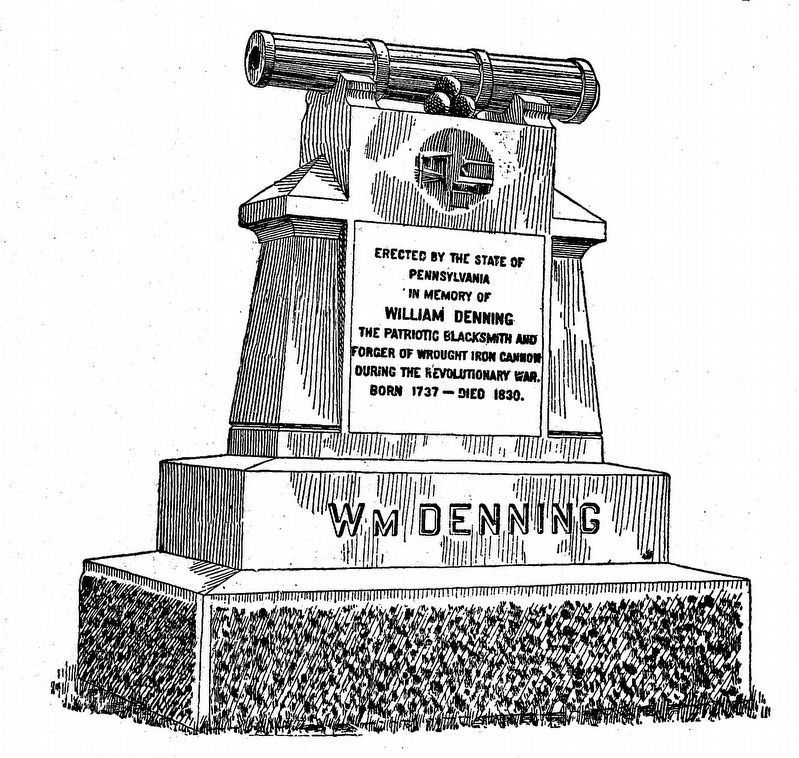 Internet Archive
6. Wm. Denning
“Well nigh forgotten was this hero of the Revolution until in 1889 the State of Pennsylvania appropriated a thousand dollars for a monument to perpetuate the memory of one who by reason of his genius and mechanical ability accomplished what to the mind of man had hitherto lain in the misty envelopments of the future as an unrealized dream. In the following year a massive granite marker was erected over the spot where he sleeps.” -- Belle McKinley Swope.
From American Monthly Magazine, Vol. XIV, No. 1, January, 1899, Page 609.
Credits. This page was last revised on February 6, 2022. It was originally submitted on June 2, 2009, by William Fischer, Jr. of Scranton, Pennsylvania. This page has been viewed 1,590 times since then and 89 times this year. Photos:   1, 2, 3. submitted on June 2, 2009, by William Fischer, Jr. of Scranton, Pennsylvania.   4, 5, 6. submitted on December 25, 2020, by Allen C. Browne of Silver Spring, Maryland. • Kevin W. was the editor who published this page.
Share this page.