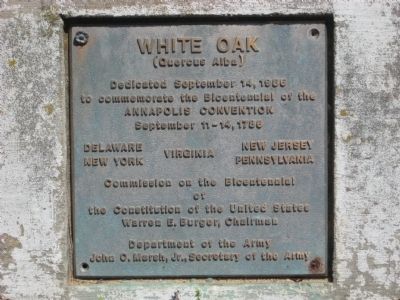 Dedicated September 14, 1986 to commemorate the Becentennial of the Annapolis Convention, September 11-14, 1786.

Commission on the Bicentennial of the Constitution of the United States; Warren E. Burger, Chairman

Erected by Commission on the Bicentennial of the Constitution of the United State, Department of the Army.

Topics. This historical marker is listed in these topic lists: Government & Politics • Industry & Commerce. A significant historical date for this entry is September 14, 1781. 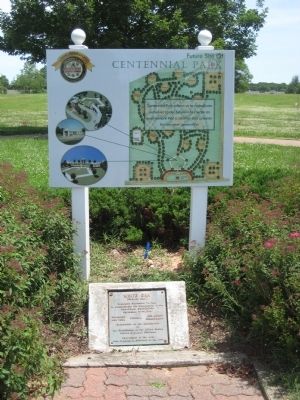 Photographed By F. Robby, June 7, 2008
2. White Oak Marker
Sign above the marker advertises the coming of "Centennial Park" which apparently will be completed by 2017, the 100th anniversary of Fort Meade (formerly Camp Meade).

Regarding White Oak. The Annapolis Convention was a meeting in Annapolis, Maryland, to address growing commercial and trade problems in the United States under the Articles of Convention. The meeting was a failure in that only 5 states showed up. Curiously, even Maryland failed to send delegates to this meeting held in its state capital. The importance of the Annapolis Convention is that it resulted in the calling of a second convention in Philadelphia, Pennsylvania. The Philadelphia Convention produced the United States Constitution. 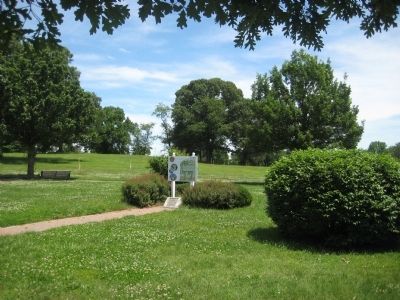