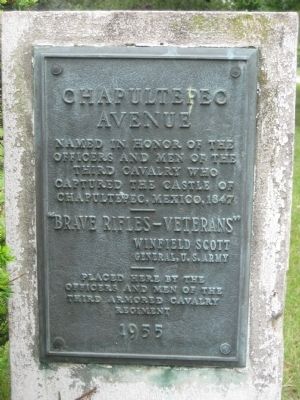 Named in honor of the officers and men of the Third Cavalry who captured the Castle of Chapultepec, Mexico, 1847

Placed here by the officers and men of the Third Armored Cavalry Regiment, 1955

Topics. This historical marker is listed in these topic lists: Forts and Castles • War, Mexican-American. A significant historical year for this entry is 1847.

Location. 39° 5.86′ N, 76° 45.236′ W. Marker is in Fort Meade, Maryland, in Anne Arundel County. Marker is at the intersection of Mapes Road and 6th Armored Cavalry Road, on the right when traveling east on Mapes Road. Touch for map. Marker is in this post office area: Fort George G Meade MD 20755, United States of America. Touch for directions. 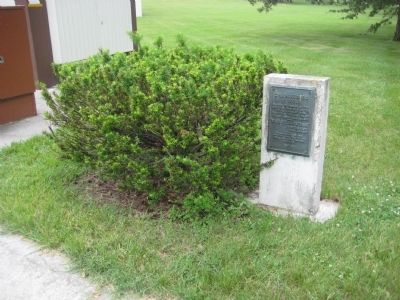