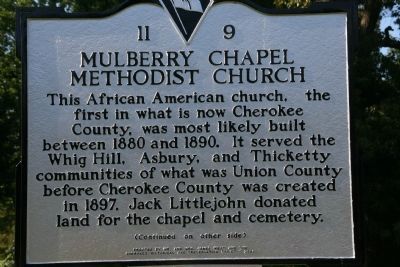 Photographed By Wes Cox, June 6, 2009
1. Mulberry Chapel Methodist Church Marker
Inscription.
Mulberry Chapel Methodist Church. . , [Front]: , This African American church, the first in what is now Cherokee County, was most likely built between 1880 and 1890. It served the Whig Hill, Asbury, and Thickety communities of what was Union County before Cherokee County was created in 1897. Jack Littlejohn donated land for the chapel and cemetery., [Reverse]: , Regular services ended in the 1940s, but in 1953 Carl E. Littlejohn and others founded the Littlejohn Family Reunion, which holds annual services here every fall. Several members of the Littlejohn family are buried here, as well as Samual Nuckles (d. ca. 1900), state representative from Union County 1868-1872. . This historical marker was erected in 2008 by Mr. and Mrs. James West and the Cherokee Historical and Preservation Society. It is Near Pacolet in Cherokee County South Carolina

[Front]:
This African American church, the first in what is now Cherokee County, was most likely built between 1880 and 1890. It served the Whig Hill, Asbury, and Thickety communities of what was Union County before Cherokee County was created in 1897. Jack Littlejohn donated land for the chapel and cemetery.

[Reverse]:
Regular services ended in the 1940s, but in 1953 Carl E. Littlejohn and others founded the Littlejohn Family Reunion, which holds annual services here every fall. Several members of the Littlejohn family are buried here, as well as Samual Nuckles (d. ca. 1900), state representative from Union County 1868-1872.

Erected 2008 by Mr. and Mrs. James West and the Cherokee Historical and Preservation Society. (Marker Number 11-9.) 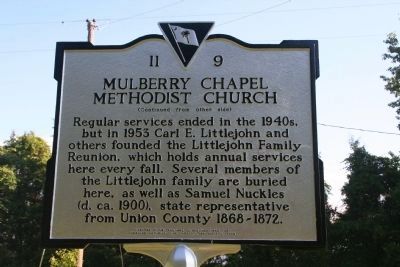 Click or scan to see
this page online
• Cemeteries & Burial Sites • Churches & Religion. In addition, it is included in the South Carolina, Cherokee County Historical and Preservation Society series list. A significant historical year for this entry is 1880. 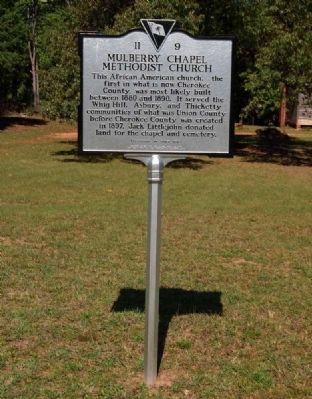 The Cherokee County African-American Heritage Committee and the Cherokee Historical and Preservation Society Inc. are continuing to identify historically significant sites in Cherokee County. The two organizations recently placed a historic marker on South Granard Street honoring the Granard Graded and High School and its students.

The committee and CHAPS are now focusing on erecting a historic marker for Mulberry Chapel Methodist Church, the first African-American church in Cherokee County. The church, built circa 1880-1890, served the Whig Hill, Asbury and Thicketty communities which are now in Cherokee County. 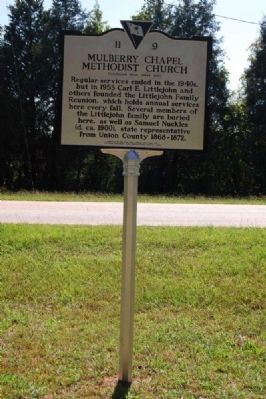 Photographed By Brian Scott, October 3, 2009
4. Mulberry Chapel Methodist Church Marker - Reverse
donated the land for the church and cemetery. Much history surrounds this little chapel in the woods. The one-room school, which was nearby, has been destroyed. Carl Littlejohn and others founded the Littlejohn family reunion at this site in 1953 and celebrated the family's history there for years. Some restoration needs to be done on the church and in the cemetery.

"We hope the community will come together and make financial donations to cover the restoration expenses," a spokesman for the heritage committee said. Donations are tax deductible and may be mailed to Cherokee Historical and Preservation Society, P.O. Box 8113, Gaffney, S.C. 29340; designate funds to the Mulberry Chapel Restoration Project.

The African-American Heritage Committee hopes to dedicate the marker and celebrate the Littlejohn reunion on Sunday, Sept. 14, 2008, on the grounds of the church.
— Submitted October 31, 2009, by Brian Scott of Anderson, South Carolina.
2. An Old Church, Once Forgotten, Gets Breath of Life
Spartanburg Herald-Journal
by Linda Conley
August 24, 2008 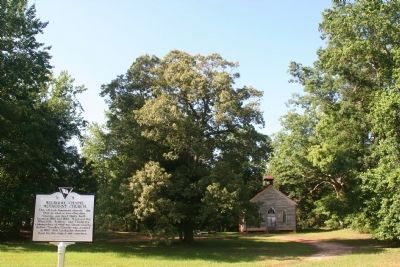 Mulberry Chapel gave former slaves a place to praise and worship on Sundays, but the old country church was almost forgotten - until now.

The small, white pine church built in 1869 was recently approved for a historical marker by the S.C. Department of Archives and History. The original building still stands just outside of Spartanburg County, down the street from Nuckolls Plantation.

It is one of several structures getting state recognition this fall.

The Littlejohn Family Reunion and the Cherokee Historical and Preservation Society are working on the project. They need $1,625 to pay for the marker.

"This is wonderful," said Hilliard Littlejohn, 80. "I joined this church when I was young. People came from all around to attend this church."

Littlejohn's ancestor, Emanuel, was called the "father of the Sunday school." He is buried in the small wooded cemetery behind the church.

Worship services haven't been held in the building for almost 60 years. The Littlejohns held family reunions in the church for years after it closed. 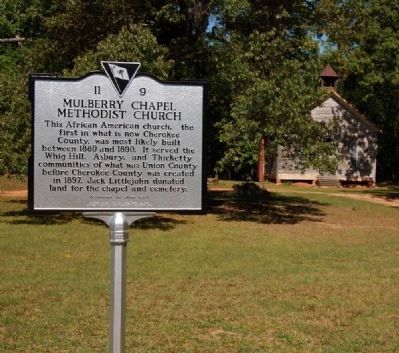 Documents hard to find
Documentation is scarce, but the Littlejohns have been told for generations that a former slave owner told their ancestors they could have the land to build the church on if they picked the cotton to clear it.

Work to get the historical designation stalled for a short time because descendants and historical society members couldn't find a deed for the land.

“The church isn't perfectly documented, but I have run into that problem a number of times over the years,” said Tracy Power, historian at the Department of Archives and History. “We were able to do some research and come up with the wording for the marker.”

Local historians don't think a deed was given to the former slaves. They said the parties probably made the deal with a handshake.

“I get chills every time I come to this church,” Larry Littlejohn said. “It is important to preserve this for my children, grandchildren and future generations.” 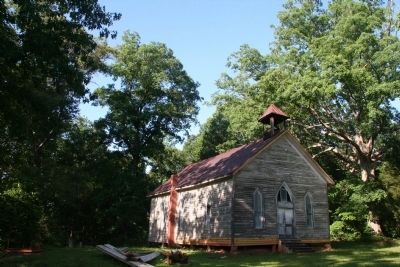 Photographed By Wes Cox, June 6, 2009
7. Mulberry Chapel Methodist Church
to restore the property. His idea is to have it listed on the National Register of Historic Places.

“I would like for engineers to tell us what we can do to keep it standing,” he said.

Wear and tear has caused the structure to lean considerably. Two large bolts running through it are keeping the building up.

Larry Littlejohn also would like to have the road in front of the church designated as a scenic highway, similar to Cherokee Foothills Scenic Highway 11 in the northern part of the county.

“We have Nuckolls Plantation and a former plantation down the street and the church,” he said. “This area played an important role during the Revolutionary War.”

Mitchell helping efforts
State Rep. Harold Mitchell, D-Spartanburg, who has been instrumental in securing several local markers, has committed to helping the groups get the designation for the church.

Part of the school's historical significance involves the state's 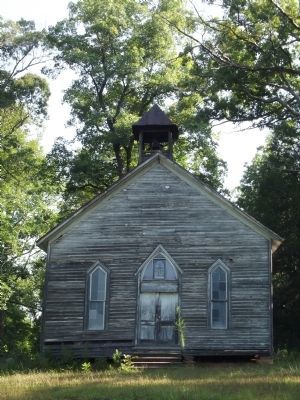 Photographed By Anna Inbody, August 26, 2012
8. Mulberry Chapel Methodist Church
The Stained Glass Window seems to have been replaced.
struggle over racially segregated education. The school's purpose was to help balance the quality of education between black and white students.

In 2004, Mitchell led the effort for Spartanburg to get its second historical marker dedicated to the Harlem Hell Fighters. The group of black soldiers from New York trained at Camp Wadsworth during World War I and later earned medals for their bravery fighting beside the French.

“We have to preserve the few remaining historical black structures we have,” Mitchell said. “I am going to do what I can to make that happen.”

Jane Waters, president of the historical society, said the church needs the marker.

“It is such a wonderful place,” she said. “We haven't given up on raising the money.”
— Submitted November 1, 2009, by Brian Scott of Anderson, South Carolina.
3. Mulberry Chapel Parishioners Hail Historic Designation of Site
Spartanburg Herald-Journal
by Janet Spencer
April 12, 2009 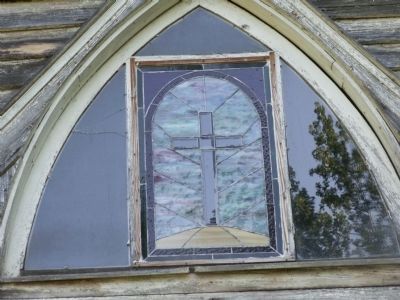 On Saturday, the small wood-frame structure historians say was the first black church in Cherokee County received the attention it was long overdue — a marker proclaiming its historical significance.

The first worshippers were thought to have been slaves who gathered on the grounds as early as the Civil War era. A handshake deal with nearby property owner Jack Littlejohn yielded about five acres in what was Union County before Cherokee was formed in 1897.

By the late 1880s, Mulberry Chapel had been constructed. Today, the once white-washed building, with its cemetery and generations of memories, forms a network dedicated to keeping the church’s history alive.

Much like the days when homecomings and special events gave cause for “dinner on the grounds,” more than 50 people gathered Saturday morning under the shelter of the trees. And those passing by Mulberry Chapel, in the Asbury community, are sure to catch a glimpse of the addition today. 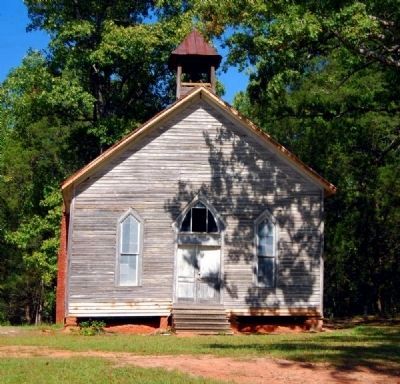 The long unnoticed structure, believed to have been built between 1880 and 1890, is on Highway 211, now Asbury Road. The sign marking its place in history was made possible through initial efforts by the Littlejohn family of Cherokee County and the Cherokee County Historical and Preservation Society.

The family turned to Rep. Harold Mitchell, D-Spartanburg, who has worked to obtain historical designations, and Chesnee businessman James West, who volunteered to pay the $2,000 cost for the sign.

Both men attended Saturday’s ceremony and participated in the unveiling. The sign shares a brief insight into the church’s history.

Mulberry Chapel served its black members, who primarily were residents of the neighboring Whig Hill, Asbury and Thicketty communities. Regular church services stopped in 1940, and in 1953, Carl E. Littlejohn and relatives founded the Littlejohn Family Reunion held on the grounds until about 15 years ago.

Hilliard Littlejohn, a son of Carl E. Littlejohn, participated in Saturday’s ceremony and fellowship. He recalled 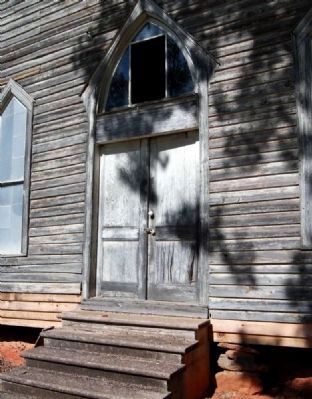 “They had a bag of feed for the mules and tied them up on the edge of the yard. … One of my fondest memories is passing by the wagons and smelling the country ham that would later be served,” he said. “But we didn’t have a wagon. We walked where we wanted to go and back home.”

Hilliard Littlejohn’s grandfather, Emanual Littlejohn, served as the church’s father of Sunday school. He has the portrait that hung for years in the sanctuary.

Hannah Littlejohn Linder of Gaffney, a sister of the late Carl E. Littlejohn, said the church had provided many happy memories.

“I remember coming here in a buggy with my feet under the seat many years ago,” Linder said.

Mitchell said supporters of the Mulberry project also plan to shore up the structure, a preservation effort that could be costly. The labor will be donated, but materials will have to be purchased, he said.

Hilliard Littlejohn joined many others who talked about the place Mulberry Chapel still has in their hearts. He mentioned a huge rock, shaped like 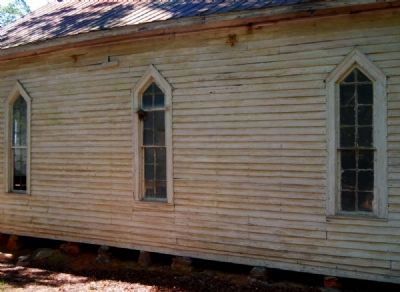 Larry Littlejohn, Hillard Littlejohn’s son, has worked for several years to document the history of Mulberry Chapel. He stood in awe of the majestic trees and the activities once again taking place in the church yard.

“See that tree. There’s a tape recorder in it. If that tree could only talk,” he said.

“I know my granddaddy’s looking down, and he’s smiling on us today.”
— Submitted October 31, 2009, by Brian Scott of Anderson, South Carolina.
4. My Ancestoral Worshipping Grounds
Since the marker was added, a stained–glass cross was created to go above the front entrance by a lady who lives up the street from the church.

I am Larry Littlejohn, grandson of Carl E. Littlejohn, and current President of the Littlejohn Family reunion. I enjoyed this page and especially the newspaper articles. We held our 58th reunion on the church grounds this past September. I am so proud of this South Carolina treasure.
— Submitted 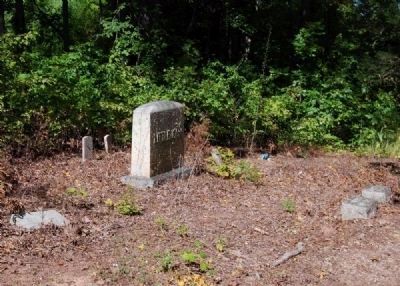 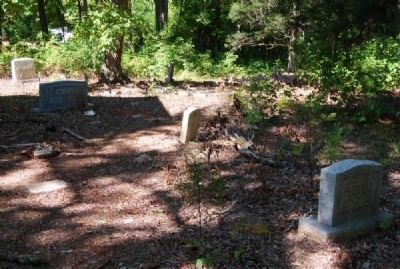 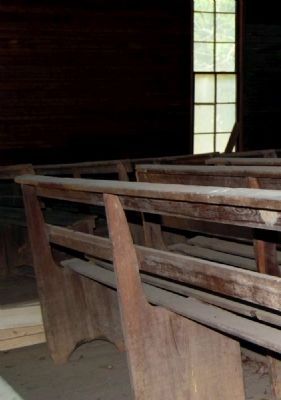 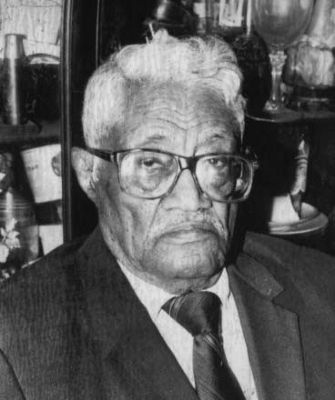