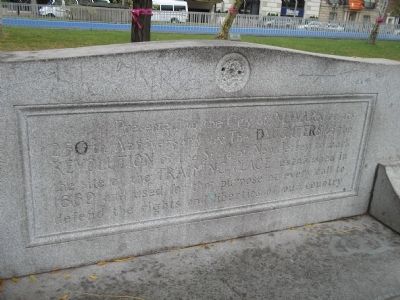 Presented to the City of Newark on its 250th Anniversary by the Daughters of the Revolution of the State of New Jersey to mark the site of the Training Place established in 1669 and used for that purpose at every call to defend the rights and liberties of our country.

Erected 1916 by Daughters of the Revolution of the State of New Jersey.

Topics. This historical marker is listed in these topic lists: Colonial Era • Patriots & Patriotism. A significant historical year for this entry is 1669.

Location. 40° 44.377′ N, 74° 10.121′ W. Marker is in Newark, New Jersey, in Essex County. Marker can be reached from Park Place, on the left when traveling north. Marker is located in Newark’s Military Park. Touch for map. Marker is in this post office area: Newark NJ 07104, United States of America. Touch for directions. 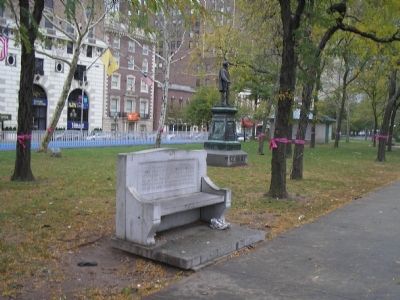